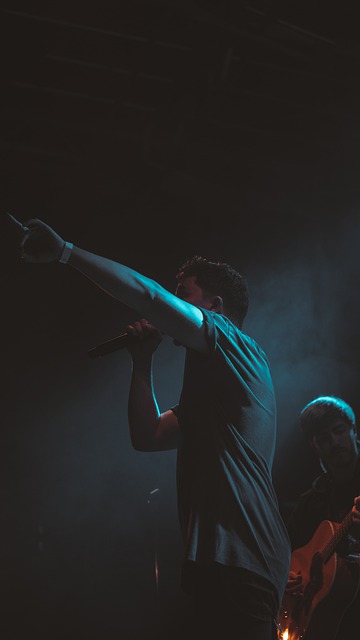 On Sat. Jan. 8, over 4,500 luminaries lit up a shoreline section of Branford — and beyond — during the  third annual Harbor Lights, raising close to $5,000 for Community Dining Room (CDR) along the way.

As the sun set Jan. 8, thousands of lit candles in sand-filled bags began to glow in a growing path from the seawall of Parker Memorial Park at Branford Point. The lights went on for more than just a few miles, reaching down sidewalks, running up roadways and lighting up several shoreline neighborhoods at other points around town.

Organizer Rob Kovi told Zip06/The Sound that this year’s effort was the furthest reaching yet, with the most luminaries sold. All told, the third annual Harbor Lights raised more than the event’s first two years, combined.

Kovi, a past Person of the Week, was a relatively new resident of the Branford Point area when he originated Harbor Lights in 2019. He created the event as a way to build community while also raising money for a good cause. The first Harbor Lights got off the ground with help from his neighbor Sally Esborn and several others who all continue to man the annual event.

“I think it’s definitely a thing, now. Especially considering that we had to reschedule, and it went on as if we never had to reschedule,” said Kovi. “I think people are really starting to know and understand what it is.”

Judging by the number of participants and locations, as well as the streams of traffic — on foot and in vehicles — coming out to enjoy the spectacle, Branford has embraced Harbor Lights as a new winter tradition. Many shared that sentiment with Kovi, as well as their thanks and appreciation, both in person and in comments and shared photos posted at the group’s Facebook page (HarborLightsBranfordCT). The page is the place to find out more about the event and additional information, such as how to make donations via Venmo.

To raise funds for CDR, Harbor Lights sold luminaries 10 for $12, to be set up by donors at their homes or contributed to light the sea wall and park on the night of the event. The weeks leading up to the original event date of December 18, followed by more in the lead-up to the rescheduled night of January 8, have included many weekends for Kovi and volunteers spent at Branford Point, where the group set up to sell luminaries to participants (with advance notice of hours posted on Facebook). A call for volunteers on the day of the event also got a great response, said Kovi.

“I got there around 10 a.m. to get myself set up and bring supplies down, and by noon we had a full group of people there,” said …….