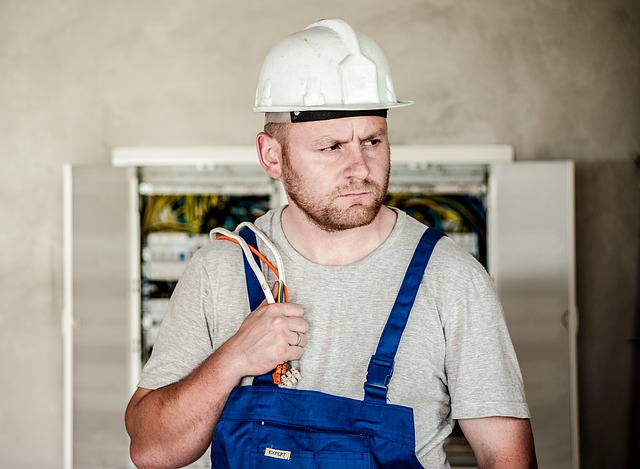 On 67 Hatch Road in Vineyard Haven, Ryan Fahey, owner of Martha’s Vineyard Heating and Refrigeration, and his apprentice Tom Stanek were up early, and ready to fix the heating, ventilation, and air conditioning (HVAC) system at their client’s house.

Fahey, 30, has been in the HVAC technician trade since he was 18. Two weeks after graduating from Falmouth High School, he joined Pipefitters Local 537, a labor union in Boston, to become an HVAC apprentice. Fahey knew going to college was not for him, but he was not sure what path to take. Fahey said that he suffered from attention-deficit disorder, which was reflected in his grades. All he has ever heard was that going to college was the only real road to success while growing up. Although Fahey questioned this notion, he was unsure of what to do. Fahey’s father, a retired welder who was with Local 537 for more than 40 years, invited him to join the union and learn a trade.

“I chose to do the service industry side of it instead of being a welder. I figured if I was good at my trade, and was honest to my clients, and could fix my machinery, I would always have a job, which was very important to me,” Fahey said about deciding to learn how to be an HVAC technician. “I just loved my job. I thoroughly love this trade.”

A part of this decision came from observing his father’s career as a welder. Fahey saw his father get laid off when there was nothing to weld, which led to financial instability for the family. Fahey’s father would travel far away for work. “There were years when I would go without seeing my dad, because in 1991 there really wasn’t much work for a union welder,” Fahey said.

Fahey said that his schooling, for the most part, was free. He paid for books, ranging between $55 and $85, and monthly $25 union fees. Fahey also said a lot of the education came from hands-on training, many times fixing up the HVAC system for schools like the Massachusetts Institute of Technology. Additionally, Fahey earned an income while learning. As a first-year apprentice in 2009, he was earning $18.63 an hour. When he graduated from the union’s education program five years later, Fahey was earning $56 an hour. This allowed him to have relatively little debt compared with his college graduate friends, some of whom have student loan debts as high as $100,000.

Fahey worked with the contractors U.S. Air Conditioning and Associated Mechanical before he ended up at Martha’s Vineyard eight years after graduating from Local 537’s program. Fahey worked around nine months at the initial position, but then joined William-Mueller Plumbing and Heating in its HVAC division for two years. Eventually, Fahey received encouragement from clients he worked with during this time to start his own business. “I made the decision to make the leap … that’s because my clients saw something in me that I didn’t see in myself at the time, and through their guidance and their advice … they pretty much gave me an opportunity that I thought I’d never have,” Fahey said. He currently serves around 400 clients. “My …….