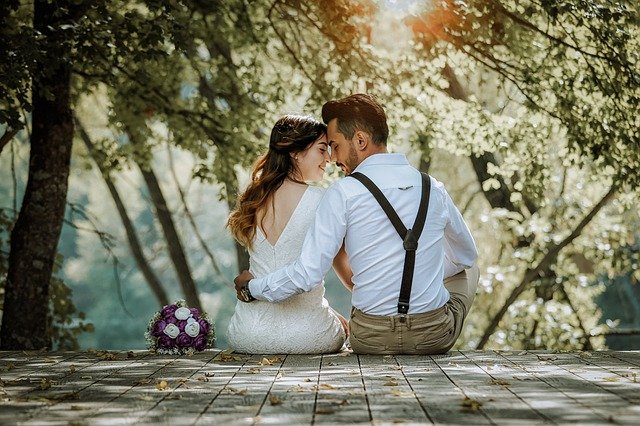 People need marriage. Society needs marriage. That’s how God structured the created order. Still, a trend is afoot that reveals a shocking reality: The United States currently reports the lowest marriage rates since the government began tracking them in 1867—and the effects are devastating. Studies show that less marriage means higher crime and poverty and lower rates of physical and emotional well-being for both parents and children—and those are just the most immediate effects.

To combat pervasive poverty, rising depression, and drug abuse in America, we must prioritize policies that elevate the goal of marriage.

In a new report out from the American Enterprise Institute (AEI), “The Divided State of Our Nations: Family Formation in (Post) COVID-19 America,” the authors found that the pandemic has only made things worse—most notably for the poor. Low-income Americans show an 11 percent decrease in interest in having children, and only 45 percent have a desire to marry. By contrast, 60 percent of higher-income Americans at least indicate a desire to marry, and there was a 1 percent uptick in the desire for children as well.

“This class divide in marriage interest,” write the authors, “provides more evidence that marriage is increasingly seen as out of reach or undesired for lower- and middle-income Americans in the twenty-first century.”

The numbers are also divided by religion and political party. The rich, the religious, and Republicans are far more likely to marry than the poor, the non-religious, Democrats, and independents. With a growing contingent of non-religious populations in the United States paired with the economic effects of COVID, a marriage boom doesn’t seem likely.

The social and economic costs of this family breakdown are hard to overstate—and the most affected victims are children. Those in single-parent homes are more likely to abuse drugs, commit crimes, drop out of school, and experience a lifetime of poverty. Marriage also boasts lower rates of domestic violence between partners.

The Heritage Foundation found that having married parents reduces child poverty by 80 percent. More married parents could also save taxpayers billions of dollars and free up the ability to lower taxes. When the economy is thriving, there is more job opportunity and economic mobility, which is good for individuals, families, and society.

But it’s not about money or the social costs alone. Because poverty is the trickle-down effect of divorce or never marrying, more people inevitably rely on the government for their needs. This contributes to an increasingly invasive government that begins to regulate more aspects of family and educational life. This isn’t a good scenario for anyone who wants to be in control of their children’s lives. As we see within the public school system, the state increasingly looks to the influence of parents as an irritation to be resisted.

“On purely rational grounds,” writes Nancy Pearcey in her book, Love thy Body, ”marriage is the least restrictive and most economical means for a society to ensure that children are well taken care of.”

An all-hands-on-deck messaging campaign to increase marriage rates could go a long way. Several things can be …….