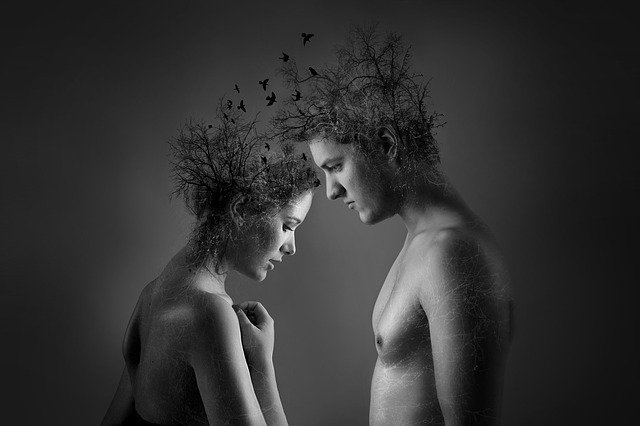 AFTER: The team imported Italian terrazzo by Marmi Scala for the floors and chose marine-grade plywood as a more casual contrast for the ceiling, stairs, and millwork.

AFTER: “We introduced three sets of identical sliding doors, and when they’re open, the exterior spaces become an extension of these family rooms,” Jeff says.

“We solved this home’s challenges by embracing some of its largest obstacles, like the central staircase and the living room’s volume,” Kristin says. “We also found that by exposing some of these elements, such as the beams in the living room, we could better define the new spaces.”

BEFORE: The existing kitchen was moved completely to the other side of the ground floor, which made it easier to see the backyard pool from the new living and dining areas.

AFTER: The new kitchen is much more open to the rest of the house, and its sleek white appearance allows the terrazzo and plywood to shine.

Once the new floor plan was in place, Jeff and Kristin received guidance from one of the owners, an art dealer, to incorporate a stunning suburban style. With the trio of the new sliding doors to the backyard and a handful of skylights overhead, they all agreed the design should be airy with enough interesting objects and materials to catch the eye. “We were interested in a mix of high and low materials,” Jeff says. They imported Italian terrazzo by Marmi Scala for the floors, which has a formal finish that contrasts with the casual feel of marine-grade plywood they hand-selected after reviewing dozens of sheets. “We also detailed the plywood to express their character, like exposing the edges of the sheets and using their thickness as a module for the millwork,” Jeff continues.

AFTER: The bathrooms got sleek upgrades with white walls and simple …….