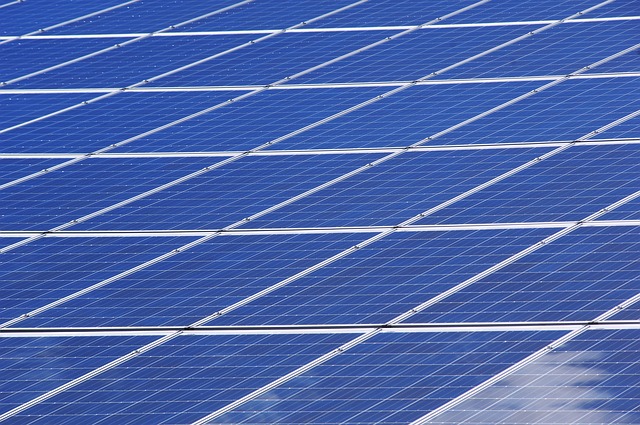 REDDING — A small but mighty group of residents at Redding’s Meadow Ridge senior living community have big plans for the future. They want to bring solar power to their buildings, lowering energy costs and investing in a greener tomorrow.

Susan Auslander had just come from a meeting with Meadow Ridge’s executive director on a Thursday afternoon when she gathered with the resident Solar Committee in a brightly lit conference room. The 87 year-old committee chairwoman said she had some interesting news to share.

The committee has played a significant role in bringing a $2.7 million solar power project to the community over the past five years. Housed under the building committee, the solar team meets up to talk renewable energy.

With the help of a $787,000 grant from Eversource, the community will eventually install a ground-mounted and fenced solar panel array. They aim to have shovels in the ground by August of 2023. The project is in the bidding process, according to Auslander.

The new solar array will be located in one of two south-facing sites — either behind the farm and tennis court on the property, or in a lower portion of the meadow to the left of the community’s main driveway. The large array is expected to bring more than $200,000 in energy cost savings to the campus.

With 415 apartments spread over 136 acres in Redding, the campus is the largest employer and biggest taxpayer in town. Another 20 one- and two-bedroom apartments are set for completion in the new year.

“We’re not just sitting around and waiting to shuffle off to Buffalo, or graduate, as I like to say,” Auslander said. “I’ll be 88 in February which kind of amazes me every time I think about it.”

Makings of a stellar solar team

Auslander, who has been a resident at Meadow Ridge for nearly five years, said that when she first arrived on the campus, people were already talking about solar.

There had been a study conducted years ago, but not much was done with the information. Auslander realized how hefty the electricity bill was at the sprawling Meadow Ridge campus — roughly $1.5 million — and saw an opportunity. She decided to make a move.

“I like to organize people, so we organized and we talked about solar — what it could do for us,” she said.

A cohort of around eight people, or “Solars,” as Auslander called them in an email, now help out with the committee, going on field trips to see nearby solar arrays at other facilities, researching, meeting with First Selectman Julia Pemberton, and advising Meadow Ridge’s own leadership teams to make their solar dreams a reality.

Auslander sends out emails “every time there is something green in the news,” said member Carol Morgan.

The members were excited to see forward progress with the solar array.