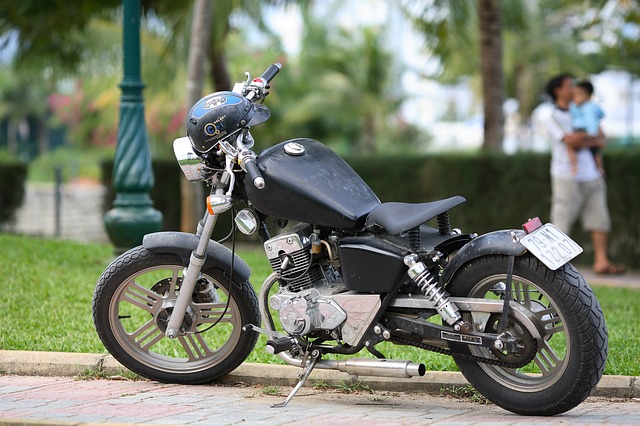 For Beau Wangtrakuldee, it started out as just another summer night spent in a lab.

A PhD student studying chemistry at Northern Illinois University, she was working on an experiment for a private company that she hoped would lead to the development of a new anti-cancer drug. She was used to being there alone, absorbed in her work. She wasn’t worried about the risks associated with the chemicals she was using—after all, she had her lab coat to protect her if anything happened.

But then she accidentally knocked over a bottle of chemicals, which spilled onto her leg. Her coat was completely burned, and within seconds, Wangtrakuldee felt the chemical burn creeping over her skin. She ran to her office, stripped off her lab clothes and threw on the workout clothes she kept in her desk.

“The lab coat that was given by my employer at the time did not protect me,” she says. “I consider myself lucky.”

Though her leg was badly burned, she knew the damage could have been much worse. The chemicals she was working with can cause severe burns, eye irritation and respiratory complications. “The lab coat that was given by my employer at the time did not protect me,” she says. “I consider myself lucky.”

Wangtrakuldee decided she didn’t want to be “lucky” the next time there was an accident. She began searching online for a coat that would offer her better protection. But many of the sites that sell PPE only offer items that are designed for male bodies.

Lab coats and medical gowns are often shapeless, leaving them baggy on women’s bodies and preventing them from fitting properly. Wangtrakuldee recalls complaining about this issue with other female scientists, only to find that they too had been injured, either because the PPE they were provided with was low-quality or because they were rolling up too-long coat sleeves or making other adjustments to fit into PPE that wasn’t designed for their bodies. Over and over, she kept hearing about the same problems. “Those conversations with one or two girlfriends turned out to be 100 conversations,” she says.

RELATED: Four Penn alums put their startups on hold to 3D-print face shields for Covid-19 frontline workers in Philly, and beyond

Since she couldn’t find any PPE designed for female scientists, Wangtrakuldee decided she would create it. In 2018 she founded AmorSui, a company that designs fashionable PPE specifically made to fit women’s bodies.

The company now carries traditional PPE items, like surgical gowns, lab coats, masks and gloves as well as protective versions of ordinary clothing items, including pants, tops and hijabs, all made of high quality, antimicrobial, flame- and fluid-resistant materials. They’ve expanded to offer men’s clothes as well as women’s. All of the company’s products are named for scientists and doctors who were pioneers in their fields. The company’s name AmorSui means “self-love” in Latin because Wangtrakuldee believes that protecting your body is a form of loving yourself.

From idea to reality—to Covid pivot

Growing up in Thailand, Wangtrakuldee had always dreamed of starting her own …….