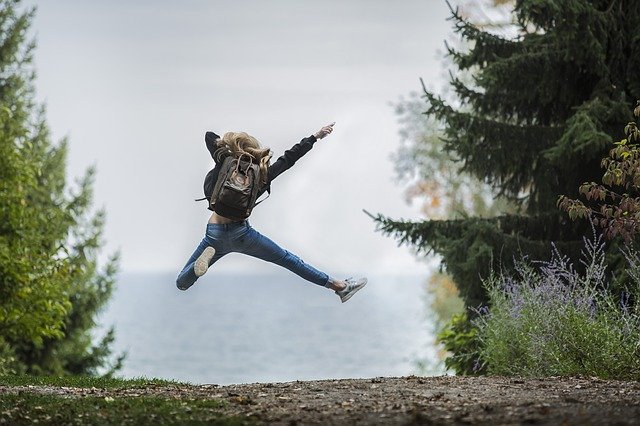 The last time Liz Zambrano’s ex-husband tried to hurt her, she knew she had to find a path to safety. As he threw household objects at her and her two sons — a computer, an iron — they fled to the bathroom, locking themselves inside. She was terrified to call the police, but even more afraid that her husband would hurt her children. So she dialed 911.

Zambrano, a Latina woman who is now 41, had called the cops once before on a previous partner. During that incident , which happened in 1998, the police had arrested her, not realizing that her partner’s scratch marks were from when Zambrano had tried to defend herself. The bumps and bruises on Zambrano’s head weren’t visible.

Zambrano worried that if she called the police again, she might be arrested a second time, or that her children might be placed in foster care.

Domestic violence survivor Liz Zambrano said she was afraid to call the police on her abusive husband. Photo courtesy of Liz Zambrano.

Forty percent of domestic violence survivors never contact the police. Police intervention can often escalate the violence without disrupting the cycle of abuse, experts said. Survivors of color especially fear involving an institution that has often served to oppress them. Advocates, lawyers and law enforcement have recognized these shortfalls for decades. Yet the complex blend of injury and fatality risks combined with fraught politics around how best to prevent domestic violence has hindered local, state and federal efforts to test alternatives — even within the national push to divert resources from police budgets.

A sea change may be coming. In October, Gov. Gavin Newsom signed a bill that will fund pilot projects that provide alternative responses to emergency situations, including domestic violence intervention. While cities and jurisdictions have launched similar efforts, California is the first state to support such experiments at scale.

“It’s the biggest investment in alternative responses that the state has ever seen,” said Cat Brooks, executive director of Justice Teams Network, who advocated for the bill.

Applications from California’s Department of Social Services will open in 2022 once the department establishes parameters of the program, and all grants will be awarded by January 2023. Organizations will receive grants of at least $250,000 over three years and are required to partner with a local government organization of their choosing to implement programs. Partner agencies can include health, mental health or social service providers, among others. Parameters are flexible so that groups can tailor their approaches for their communities: Some may focus on particular neighborhoods or hotspots, while others may serve specific racial and ethnic communities.

“We wanted to explore a variety of different approaches before trying to scale something across California’s 58 counties and 500 cities,” said Marc Philpart, principal Coordinator of PolicyLink’s Alliance for Boys and Men of Color, which was one of more than 10 organizations that sponsored the bill.

Supporters of the bill said they hope community organizations interested in applying for the funds will bring a range of voices to the table — which could include domestic violence survivors, people who have inflicted violence, health care providers, community-based activists, academics or law enforcement officials (some disagree …….