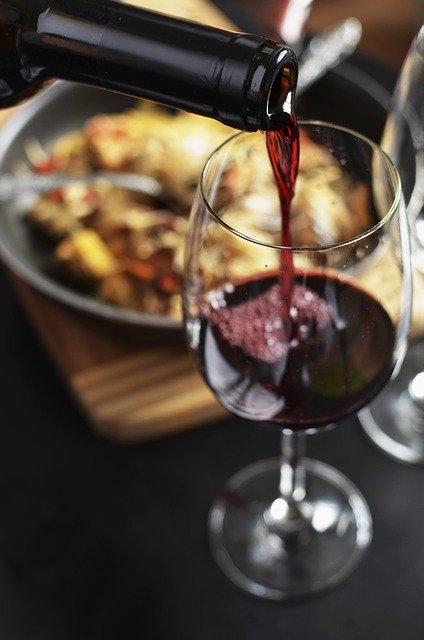 What are the signs of global warming? Glaciers are melting at an increasingly rapid pace. Persistent droughts are spreading. Well, we have another to tell you about – wine, as in what you probably cracked open for Christmas dinner.

Farmers who grow the grapes have seen the effects of climate change in the soil, in the roots of the vines, and the yields of their crops.

France, a major center of winemaking for centuries, is experiencing increasingly higher temperatures and extreme weather conditions that have damaged vintages, and livelihoods; this year was particularly dramatic.

France recorded its smallest harvest since 1957 and stands to lose more than $2 billion in sales – a huge blow to the country’s second largest export industry.

And it’s hitting nearly all the winegrowing regions where they make dry whites, fruity reds and fizzy champagne.

All bubblies are called sparkling wine. But champagne is made here and nowhere else –

in these vineyards and villages of Champagne located in northeastern France. There’s a mystique to champagne, an aura of romance. Coco Chanel once said, “I only drink champagne on two occasions, when I am in love and when I am not.” They’ve been producing this “wine of kings” here for centuries.

Lesley Stahl: So how long has this winemaking business and the vineyards been in your family?

Christine Sevillano took over the family business and its 20 acres of vines 14 years ago.  She’s the 10th generation.

Christine Sevillano: This is the cellar of my grandfather.

After surviving the French Revolution and two world wars, her family’s house of Piot-Sevillano faced its worst year ever in 2021.

Christine Sevillano: We lost 90% of our harvest.

Lesley Stahl: How many bottles were you able to produce this year as opposed to a normal year?

Lesley Stahl: And this year?

Christine Sevillano: Zero. It’s the first time in the history of my winery that we will not make champagne.

Lesley Stahl: Not a single bottle from this winery?

Higher temperatures and extreme weather episodes devastated not only her harvest but much of Champagne’s.

Christine Sevillano: It rained in two or three days that it rained normally in one month. Even my father told me that in his career he has never seen that.

The worst of it, she says, came in June and July when the heat and the rains resulted in a more crippling outbreak than usual of funguses like mildew contamination.

Christine Sevillano: In fact, when the grapes are contaminated, the– the fruit is drying and after we can’t use it because there is no juice, nothing.

Lesley Stahl: And you attribute this to climate change?