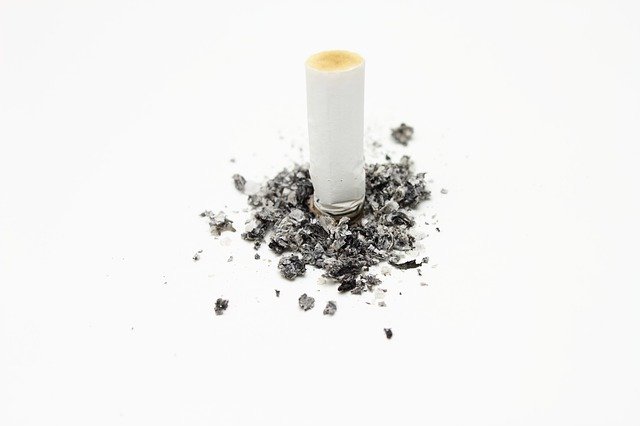 A study of smokers found that the first day of a quit attempt is more challenging for women than men in 12 low- and middle-income countries, where around 60 percent of the world’s smokers live. Researchers at Columbia University Mailman School of Public Health say this is a significant finding because the first day of abstinence is one of the most critical predictors of long-term smoking cessation. The study also showed that larger health warning labels on cigarette packs were associated with reduced odds of one-day relapse among women.

Until this research, little was known about gender differences in the very early abstinence period among people who smoked, particularly in the context of low- and middle countries. The findings are published online in the journal Addictive Behaviors.

“A successful first day of abstinence is one of the most important predictors for prolonged smoking cessation, and little is known about why women may find this period more challenging than men,” said first author João Mauricio Castaldelli-Maia, MD, PhD, NIDA-INVEST Postdoctoral Fellow in the Department of Epidemiology at Columbia Mailman School. “It may be that withdrawal syndrome, which typically presents on the first day of abstinence and is cited by smokers as the main reason for relapse, plays an essential role in one-day quit attempt outcomes among women who typically report more withdrawal symptoms than men.”

Women also have more difficulty maintaining long-term abstinence than men. Furthermore, the drivers for smoking initiation and cessation differ between men and women. For example, women are more likely to name weight control as a reason to start smoking, but women are also more likely to be motivated by health concerns, particularly pregnancy, to attempt to quit smoking compared to men.

The researchers analyzed data from the Global Adult Tobacco Survey (2008-2012), capturing nationally representative samples from the 12 low- and middle-income countries of Bangladesh, Brazil, China, Egypt, India, Indonesia, Mexico, Russia, Thailand, Turkey, Ukraine, and Vietnam that reported smokers with one or more quit attempts in the past 12 months. They also adjusted for various individual-level demographics, including education, age at smoking initiation, and smoking-cessation variables. Final analyses were based on a total sample of 16,576 individuals.

Overall reports of one-day relapses ranged from 3 to 14 percent. The prevalence of women reporting at least one quit attempt varied considerably across countries—from slightly over 1 percent in Egypt to 43 percent in Brazil.

With regard to warning labels, prominently sized cautions were associated with reduced odds of one-day relapse among women. Health warning labels on cigarette packs have been shown to effectively reduce tobacco smoking by promoting a greater public understanding of the negative health consequences of smoking.

Since little research on gender differences in warning label effectiveness has been conducted in low-middle income countries, more inquiry is needed into how interventions can be tailored to address these barriers to sustained abstinence, according to …….