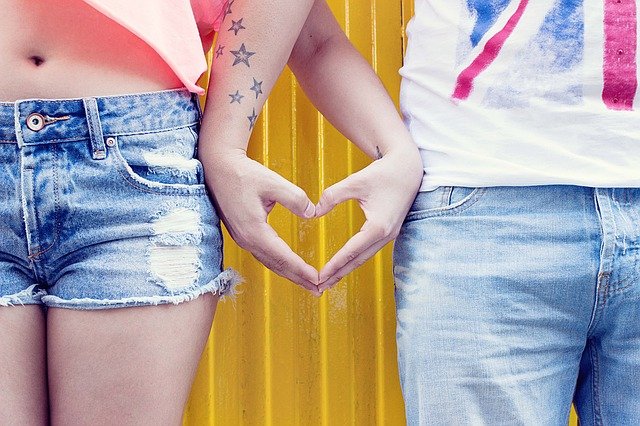 Many new college students are living on their own for the first time. Away from their parents, college freshmen are newly eighteen and have the freedom to make their own decisions.

With this power, many choose to do things their parents wouldn’t approve of, or even things openly discouraged at home. One common choice that students make is to get a tattoo. With a plethora of options near campus, students don’t have to travel too far for their artwork.

“I got the tattoo because I went to Catholic school my whole life and could not have any visible piercings or tattoos, even though I’ve always wanted to,” said Grand Valley State University junior Grace Wangler. “So, going to college was very freeing, in that sense.”

Wangler got her first tattoo two months after coming to college, the same month that she turned 18. She went to Wealthy Street Tattoo and said she had an amazing experience, but decided not to tell her family about it.

“I did not tell my parents because I made the decision pretty quickly and just didn’t feel it was necessary to tell them,” Wangler said.

Hites got her first tattoo two years after she moved away from home to go to college. Though she describes her first tattoo as her pride and joy, Hites said she didn’t tell her parents about getting it.

“(My parents) completely disapproved,” Hites said. “My dad got a tattoo and my mom almost divorced him over it. My dad said it was the biggest mistake of his 40s.”

Another reason that parents disapprove of tattoos is that they are worried that their children will be discriminated against when trying to find a job,

“My grandparents know, but they weren’t happy about it,” said GVSU student Bren Frick. “They were worried about my career prospects, even though my two small arm tattoos will not cost me a future job. The world is changing.”

Frick got two tattoos within a year of moving out and said that both mean a lot to her. As an early education major, Frick said she isn’t worried that her tattoos will impact her career. In this day and age, most jobs don’t care about tattoos as long as they are not offensive, Frick said.

Like Frick’s tattoos, many tattoos hold meaning for people that get them. They may have strong connections to the art and what it represents for them.

“I got this tattoo of butterflies on my right arm because it symbolizes everything I’ve gone through with my Crohn’s Disease and sits right next to the vein that’s been used for all kinds of therapies I’ve been on for almost nine …….