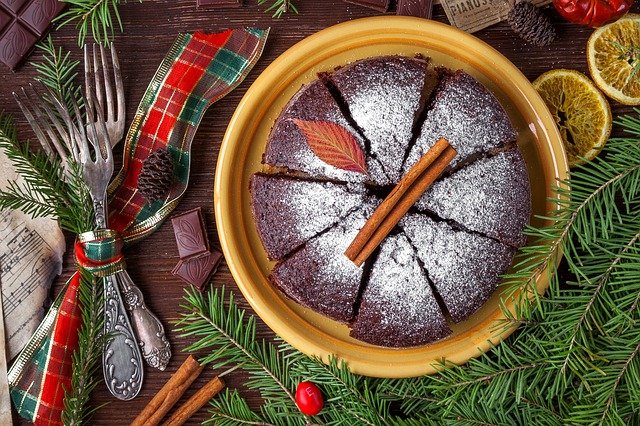 I challenged Tom Cruise to send me two of his special cakes for Christmas. Did he deliver? Of course he did – The Guardian

Reader, I am here to inform you that dreams do come true. You really can have anything your heart desires, with the proviso that you’re prepared to aggressively and repeatedly abuse your position in order to get it. What I’m trying to say is this: my year-long campaign to get Tom Cruise to send me a cake has ended in success.

Roughly a year ago, I wrote a short piece about Cruise’s habit of sending $50 (£38) white chocolate coconut bundts to his closest friends at Christmas. Kirsten Dunst, Henry Cavill, Angela Bassett, Jimmy Fallon, Graham Norton and scores of other high-profile figures all receive a cake, lovingly made by Doan’s Bakery in California and shipped out by Cruise’s staff. I finished my article by hoping that I would one day be important enough to receive such a wonderful gift.

Then, in April, Cruise went on record to announce that, as a young actor, he once spent three days eating so much chocolate cake that he threw up. Naturally, I responded by stating in print that I deserved a cake from Cruise, and that I was better at eating cake than he was – something I would prove by eating his cake on the toilet in one go.

It’s a wrap … one of the packaged cakes. Photograph: Courtesy of Stuart Heritage

Anyway, Cruise sent me a cake this week.

The box – apparently brought to the UK on his private jet – arrived wrapped in a cream and gold bow, alongside a bejewelled reindeer and a note reading: “To Stuart Heritage, warmest wishes to you this holiday season, Tom Cruise.” At first, I hesitated to open the box, because the rational response to behaviour as obnoxious as mine would have been to put a spring-loaded custard pie inside, perhaps one doused with anthrax. But then the smell of it hit me. Oh God, the wonderful smell.

The story goes that Cruise first encountered the cake when Diane Keaton and Katie Holmes had a competition to find the best cake. Cruise tried Keaton’s offering and was immediately transformed. “This miraculous cake must be shared,” he thought, and spent several years shipping hundreds of them to famous people all around the world. It’s true that his marriage to Holmes sadly ended in divorce. But, look, the main thing is that I got some cake out of it.

I already had some idea what the cake would be like because, when I first wrote about it, a curious reader ordered one from Doan’s and then composed a long email to me describing it. “It’s genuinely delicious,” he wrote, adding that the sponge is “perfectly light and moist. Not too heavy, not too airy.”