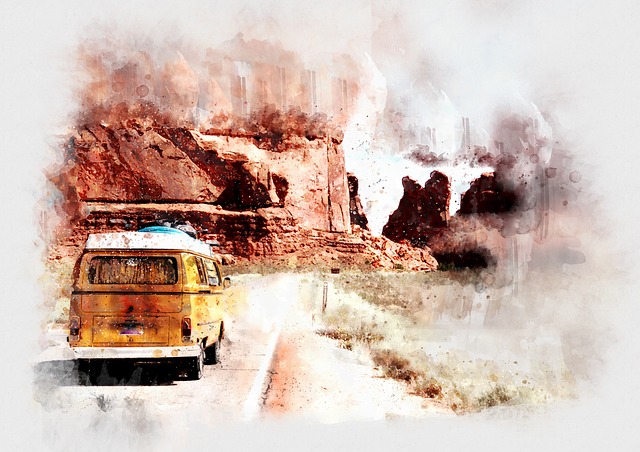 I’m 40 and thought I’d own my own house by now, but instead I live in a tiny caravan instead – but I could… – The US Sun

BY THE age of 40, Katie Glass was convinced that she would be settled down in her own house – a Georgian mansion in Hampstead to be exact.

However, the self-described middle class writer has ended up in a caravan in a Gloucestershire that is smaller than her old kitchen.

Katie Glass always imagined living in her own Georgian town house in Hampstead, but instead has ended up in a caravan smaller than her last kitchenCredit: Eyevine

But as she writes here, she’s never been happier than she is nowCredit: Eyevine

However, as she explains here, she’s never been happier…

If I stretch flat out on my back on my bed pointing my toes so the tips brush the wall, I can make the top of my head lie flat against the wall opposite.

The whole length of the room I live in is only as long as I am. I have forgotten what it feels like to stand inside and put your hands up over your head. Swing a cat? I can’t even stand in my caravan and spin on the spot without hitting something.

Physically, you could say living in a caravan is limiting. It is not the property dream we were sold. What with lack of security, the freezing cold nights and the ignominy of having to wee in a bucket. Investment? Forget it!

If you’d told me at twenty that at 40 I’d be living in a caravan I’d have told you where to shove it.

I was hustling my way up the corporate ladder in London dreaming that one day I’d own a fancy pink Georgian mansion in Hampstead. And yet right now instead I am living in a space smaller then my old kitchen in London was. Perhaps more oddly still, I’ve never been happier.

Two years ago, I was living in Dalston, before that in a flat in central Soho, just off Carnaby Street. Then, I was obsessed with city life. My dad had lived in Soho until his 80s.

I was an equally enthusiastic urbanite– out every night, rarely eating at home, regularly skiving off at lunchtime to go to The Tate, heading out to the theatre several times a week, more often ending up at some sticky-floored East-London nightclub. But in lockdown, when the city was shut I began dreaming of open green fields.

Stuck in a small studio flat going crazy I pictured myself with a cottage in the country and so decided, on something of a whim, to sell my flat in Dalston and move to Cornwall.

Except it didn’t quite work out like that. As they say ‘if you want to make God laugh tell him your plans’. Amidst an urban exodus, fuelled by the stamp duty freeze, the housing market became a bin fire. The houses I tried to buy in Cornwall fell through.

I relocated to Somerset and after …….