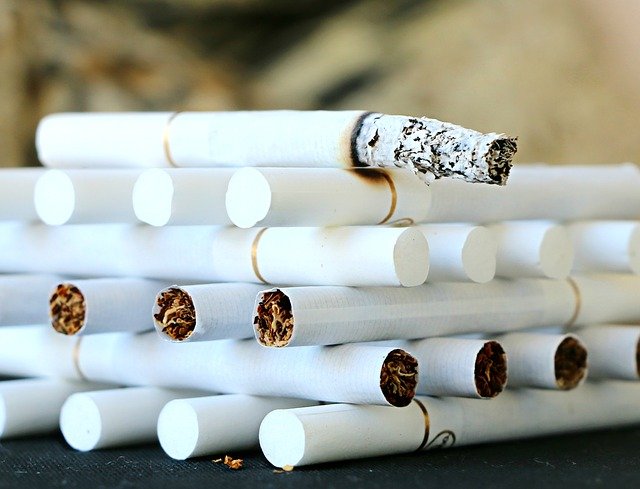 I once lived with a militant vegetarian who had grown up near an abattoir. With a thousand-yard stare, he’d talk about how its bloody runoff would seep into his local playground. He hadn’t touched meat since those days. You often hear this sort of thing from vegetarians and vegans: that if you looked at what went on inside (or even outside) a slaughterhouse, you’d switch to Quorn full-time. In a similar vein, if you want to quit smoking, I recommend watching someone go through lung cancer.

I could never look someone in the eye and tell them smoking isn’t both immensely pleasurable and cool-looking. What I would say is this: my mum was diagnosed with lung cancer in 2017. Over just a few months I watched her shrivel, become obscured by tangles of medical tubing, and begin to suffocate to death as her lungs filled with fluid. She died that same year, and it was a relief to know that her unimaginable suffering was over. I apologise if this description has either put a damper on your next fag break, or stressed you into taking a fag break when you didn’t even have one planned. As a former smoker, I can understand either scenario.

But I quit smoking the moment my mum had her diagnosis. She’d never actually been a smoker, but I didn’t want to push my luck. Having seen lung cancer play out in front of me like a horror film, you’d think – perhaps – I’d support New Zealand’s ban on smoking for the next generation. Under these plans, those aged 14 and under in 2027 will never be able to buy tobacco products legally. The legal smoking age will increase with every year that passes – meaning that in 2073, someone who is 61 will be able to buy cigarettes whereas someone who is 60 will not. But, as the government ramps up anti-drug measures in the UK at the same time, you have to ask – when has criminalising a substance ever worked?

When alcohol was banned in the United States, under prohibition, Americans wanted to carry on drinking. So they did. They just bought their alcohol from the likes of Al Capone, rather than legitimate, tax-paying businesses. And speaking of the US, I hear its war on drugs is still going brilliantly. Mass incarceration, predominantly of black men; brutal, militarised policing; and – to top it all off – a ton of drug addicts. In 2019, according to the National Institute on Drug Abuse, nearly 50,000 Americans died of an opioid overdose.

Back to the Antipodes, though. It’s difficult for me not to stand by New Zealand giving the tobacco industry a much-needed kick in the balls. But criminalising tobacco is simply the wrong approach. If people want to smoke, they will, and they’ll buy their cigarettes from whoever happens to be offering them. And, for New Zealand’s Māori and Pasifika communities (who are statistically poorer than white Kiwis), rates of smoking are higher. In the runup to the all-out ban on smoking, New Zealand plans to reduce …….