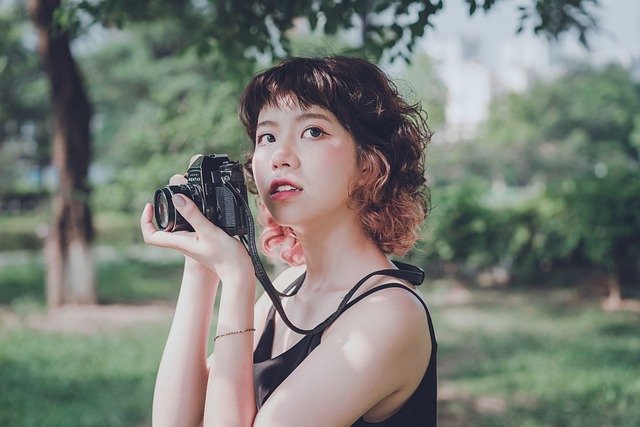 In the Smartphone Era, Millennials Are Buying Film Cameras – The New York Times

This is Clued In, a column that will give you insight into some of the New York Times Crossword clues and answers.

“SLR” has been used in 100 New York Times crossword puzzles. It has been clued in several different ways, including “Photog’s purchase” and “35 mm camera type.” It made its first appearance in the New York Times Crossword in 1995. Most recently, it appeared in Tuesday’s puzzle, constructed by Ross Trudeau.

The single-lens reflex camera has been around for decades, but its popularity was eclipsed by smartphones in the 21st century. Now, the 35 mm film SLR cameras are making a comeback. Although they’re widely out of circulation as new products, secondhand SLR cameras are being sold and snatched up rapidly on sites like eBay and Etsy.

Sales of vintage film cameras have steadily increased since 2015, and the coronavirus pandemic sustained the boom in popularity, according to Dawn Block, eBay’s vice president of hard goods and collectibles. A cohort of new and lapsed hobbyists with time on their hands doubled down on film photography and camera collecting, she said.Canon, Pentax, Nikon and Leica sales have all skyrocketed over the past two years, with sales increases between 42 and 79 percent. “The trend goes beyond personal passions,” Ms. Block said. Consumers are using eBay to shop for collectibles like sneakers, trading cards and luxury pieces, and film cameras are emerging as a new category for those investment-minded shoppers.

The trends team at Etsy has also observed an increased interest in SLR cameras. In the last year alone, Etsy saw a 76 percent increase in searches for SLR cameras on its site, compared with the previous year, Dayna Isom Johnson, a trend expert at Etsy, said.

Gen Z and millennials are largely fueling this increased interest. “Analog devices have become a novelty, particularly amongst younger shoppers who have grown up in a fully digital era,” Ms. Johnson said. She compared the renewed interest in film cameras to the resurgence of vinyl records. Both revived trends evoke feelings of nostalgia and remind shoppers of “simpler times in decades past,” she added.

Because there’s a waiting time between taking a photograph on a film camera and actually seeing it, film photography doesn’t provide instant gratification. Many people are drawn to that aspect of the hobby since it’s “something we are seeing less and less of in our modern world,” Ms. Johnson said.

Leila Yavari, a 25-year-old graduate student who lives in Atlanta, owns five SLR cameras — two from her dad’s collection of old film cameras and three that she purchased herself when she began experimenting with film photography. Ms. Yavari says her nostalgic nature and obsession over family archives make the medium a perfect fit for her. She made a friend on vacation who used an SLR camera and loved the way the photos turned out when they were developed. Her hobby has spread to her friends, too. “There have …….