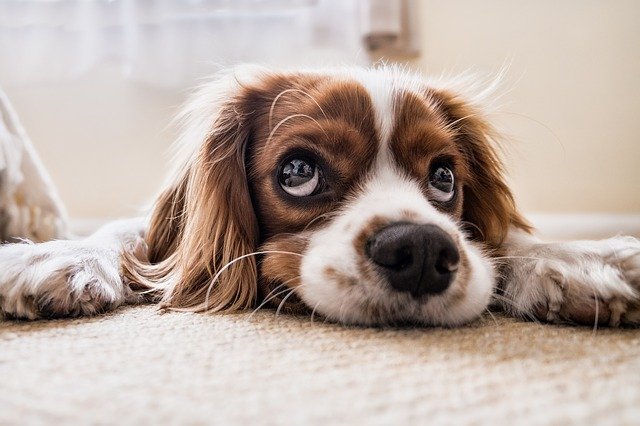 TEHRAN, Iran (AFP) — “No, my cat is not dangerous,” says Iranian animal lover Mostafa, outraged by a proposal from ultraconservative lawmakers to ban pets.

The 25-year-old, who runs a pet supplies shop on busy Eskandari Street in downtown Tehran, is stunned.

“Crocodiles can be called dangerous, but how can rabbits, dogs, and cats be dangerous?” he asked incredulously about the bill introduced a month ago.

The proposed law pits growing numbers of people with pets against those who consider the practice decadent and hold that under Islamic law dogs, like pigs, are unclean.

According to media reports, 75 MPs, or one quarter of parliamentarians, recently signed a text entitled, “Support for the rights of the population in relation to harmful and dangerous animals.”

In their introduction, the authors condemn the practice of humans living under one roof with domesticated animals as a “destructive social problem.”

An Iranian couple play with their dog at home in northern Tehran, on December 5, 2021. (Atta Kenare/AFP)

The phenomenon, they explain, could “gradually change the Iranian and Islamic way of life” by “replacing human and family relationships with feelings and emotional relationships towards animals.”

The proposed law would prohibit “importing, raising, assisting in the breeding of, breeding, buying or selling, transporting, driving or walking, and keeping in the home wild, exotic, harmful and dangerous animals.”

It lists the animals to be banned: “crocodiles, turtles, snakes, lizards, cats, mice, rabbits, dogs, and other unclean animals, as well as monkeys.”

Offenders would risk a fine equivalent to 10 to 30 times the “minimum monthly working wage” of about $98 or 87 euros and the “confiscation” of the animal.

In addition, vehicles used to transport the animal would be confiscated for three months.

While Iran is engaged in difficult negotiations on its nuclear program and enduring a painful economic downturn because of US sanctions, the bill has sparked criticism in the press, mockery on social networks, and anger among residents of the capital.

“These projects will certainly cause chaos, corruption and collective disobedience to this law because… living with animals is now a cultural phenomenon,” warned the reformist daily Shargh.

A dog rests in Pardisan Park in the Iranian capital Tehran, on December 5, 2021. (Atta Kenare/AFP)

Some internet users reacted with irony and sarcasm.

“How many times have cats sought to devour you so that you consider them wild, harmful and dangerous?” journalist Yeganeh Khodami asked on Twitter.

Another posted a photo of his kitten with the message: “I have renamed my cat ‘Criminal’ since I heard this proposed law.”

An actress who asked to remain anonymous said she had planned a demonstration against the pet ban plan in front of parliament, but then dropped the idea because of pressure on her.

In the face of the public outcry, few parliamentarians are willing to strongly defend the bill.