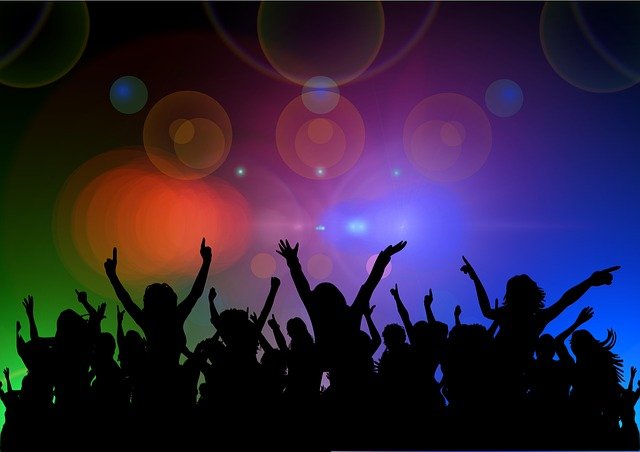 BAGHDAD — A petite woman in a gold brocade robe appears on stage in a smoke-filled Baghdad club. The crowd jumps up, enticed by the raw power of her voice.

This is the magic of Sajida Obeid, an Iraqi singer of Roma origins. For older Iraqis, the 63-year old is a symbol of a bygone golden era. To the young, her upbeat love songs and subtly racy lyrics have become a channel for self-expression in a largely conservative society.

And regardless of age, her catchy melodies make the audience want to dance. She is embraced as a unifier in a fractured society, a singer for the people.

At her Monday night concert at the “Yarmouk Club” in Baghdad, men and women of all ages and social backgrounds swayed and mouthed the words to her songs. Some women donned headscarves, while others danced bare-legged in tight tube dresses. They had come from all areas of Baghdad, cutting across sectarian divides that have long tormented the city.

After a career spanning decades, there is also political baggage. She was a darling of the party scene during the era of dictator Saddam Hussein, who was toppled in a U.S.-led invasion in 2003. And music experts say her tunes lack the sophistication of Iraq’s classical music traditions.

Yet her broad appeal is undiminished. She has toured the Middle East and parts of Europe. She feels most at home in Baghdad, even though she has lived for years in Irbil in northern Iraq’s more stable autonomous Kurdish region, away from the chaos of the post-Saddam era in the rest of the country.

“In Baghdad, I find myself. It is me,” she said during an interview in Irbil, ahead of the concert.

Obeid was 12 when she performed for the first time. Her brother, Iyad Aouda, who is also her manager, recalled having to find a small table for her to stand on.

By age 14 she was a favorite of the military party circuit, organized by the Defense Ministry.

Her parents never objected. Obeid was bringing in money to support her family, who came from modest means in Baghdad’s small Roma minority community.

In the post-Saddam era, Iraq’s Roma, estimated to number between 50,000-200,000, have been living on the fringes, facing discrimination by mainstream society. Some were persecuted by militia members who accused them of being Saddam supporters.

One of her most popular songs is “Inkasarat al-Sheesha” (I broke the hookah), sung in Iraqi dialect. The lyrics obliquely refer to a woman who has lost her virginity — “What will I tell my mother?”

“It addresses subjects that are still very taboo for women in Iraqi society, that is why it’s my favorite,” said Nour Rubaie, 27, a dentist who attended Monday’s concert.

Obeid dismisses both praise that her music addresses taboos and criticism that it is too vulgar.