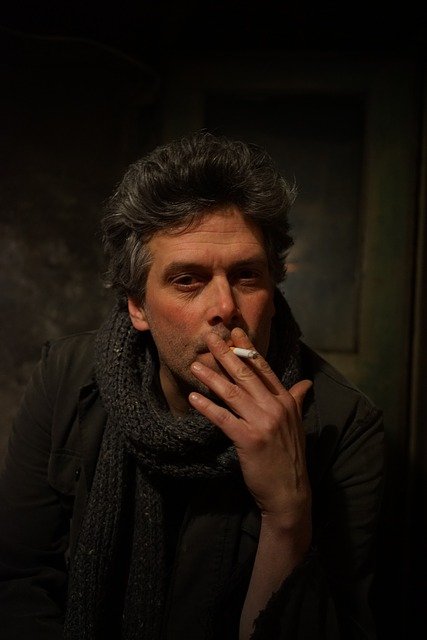 Is waking up to smoke a drag on people’s ability to quit smoking? – Penn State News

Waking to smoke may occur among as many as half of all regular cigarette smokers. Branstetter said that it is important to understand why people smoke when they wake up.

“If people wake up to smoke because they are so addicted to nicotine that they cannot make it from the time they go to bed until the time they wake up, then we should treat their nicotine dependence with products like nicotine gums or nicotine patches,” Branstetter explained. “If people are waking up because they are depressed or anxious and they smoke because that is how they soothe themselves, then we need to treat their mental health in order to help them quit smoking.”

In this study, the authors found that a person’s levels of stress and psychological distress were more important than nicotine dependence for understanding who would wake at night and smoke. Previous assumptions that mid-sleep smoking was an indicator of severe nicotine addiction may not be correct.

This research demonstrates that people are waking and smoking, not waking to smoke as the research literature has often characterized the phenomenon. In their future work, the authors want to establish exactly what factors are driving waking and smoking so that treatments can be developed to help these smokers quit.

The authors explained that, though many people think of addiction as the sole reason that people smoke, all people who smoke do so for a variety of reasons.

For many of the people who are waking in the night and smoking, the ritual of smoking may help them self-soothe and/or deal with stress. These smokers are more likely to fail when trying to quit. The authors believe that helping mid-sleep smokers address their stress or psychological distress might be necessary to help them quit.

“Researchers know that smoking behavior is driven by more than nicotine addiction. It’s not just the drug or substance,” said Branstetter. “There are secondary reasons for smoking, and we know that treatment for people needs to address those secondary reasons in order for most people to quit successfully.”

According to the researchers, smokers with high levels of psychological distress or perceived stress could receive additional support regarding mental health, stress reduction, and overall sleep health in order to help them quit smoking.

“Measuring things like addiction is really tricky,” Branstetter said. “Josh (Muscat), my collaborator on this paper and much of this work, found that people who smoke immediately after they wake in the morning are more likely to get head and neck cancer, fail when they try to quit smoking, and are at risk for more health problems. This is because people who hurry to smoke when they get up are usually very addicted to nicotine, and they take longer drags on cigarettes and smoke more of each cigarette. So, despite what people might expect, ‘how soon you smoke after waking’ is actually a more useful measure of addiction than ‘number …….