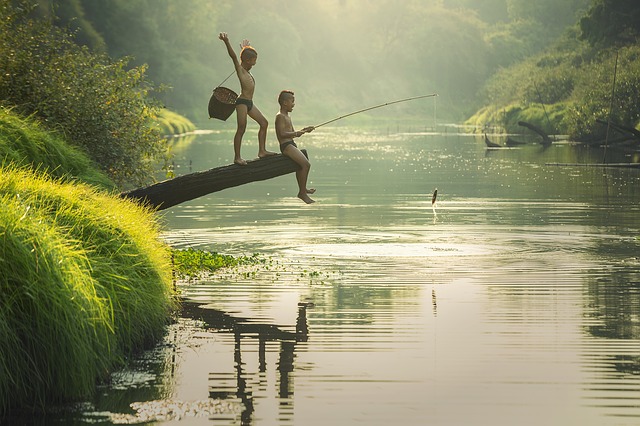 By JEFF BROWN
For the Tribune

This being the day before New Year’s Eve, ‘tis the season to throttle down, reflect on the past year, and look ahead at what 2022 might bring.

I tend to weigh heavily on the glass of egg nog being half full, not half empty, so even though we remain smack dab in the middle of a pandemic that has changed our world inside and out — yes, even outdoors — there were, and are, lot of wonderful things happening.

Before we move on, however, I want to take a look back at 2021 and the outdoors columns I brought to you. More specifically, as now-retired Late Show host David Letterman made famous, a Top 10 list of outdoors columns over the past year.

Honestly, it was quite difficult to whittle a list of 52 columns down to 10, but here goes. And this list, mind you, is not numbered for a reason as none rank higher than the other. It is simply 10 of my favorites from the past year.

GRUMPY OLD MEN (published Jan. 7): Last January when I asked Chad Knapmiller of Schafer’s River Rentals if there were any unusual ice shanties that he knew of, he immediately told me of Ralph Elliott of Brice Prairie and Pat Kennedy of Onalaska, a pair of then 76-year-olds who had built a 5-foot wide, 10-foot long and 8-foot high shack and named it “Grumpy Old Men” after the 1993 movie starring Walter Matthau and Jack Lemmon.

These two men, fast friends for more than 60 years, were a hoot to talk to, and their wood-stove heated ice shack with a TV monitor hooked to a fish finder was one-of-a-kind.

Elliott and Kennedy, without a doubt, were two of a kind and made it a truly fun story to write. I hope both are doing well.

DAN LUEBKE, ULTRA-BIKER (published Feb. 4): I still recall interviewing Luebke, then shaking my head at his extraordinary accomplishments on bikes of all types. Then 50, Luebke spoke about a 225-mile “gravel” race in the remote wilderness of Michigan’s Upper Peninsula, as well as the “Arrowhead 135,” an annual fat-tire bike race held each January in International Falls, Minn., what is affectionately known as the “Ice Box” of the United States. This guy, ever-so-humble, even biked from his Holmen home to Sparta in minus-30 degree weather one winter, then camped overnight when he got there. Why? Because he could.

This guy was adventurous and truly fascinating. Oh, and highly driven as he bikes between 6,000 and 9,000 miles a year. In contrast, I was happy to reach 500 miles this summer. Emphasis on summer!

ERIC HUSEBOE, OUTDOORSMAN (published Feb. 18): I recall speaking with this rural Ettrick man about shed hunting, as in hunting for white-tailed deer antlers which typically fall off bucks in February and March. A phone call didn’t do justice to the story, so I drove out to his place. Best 27-mile drive I ever made.

Huseboe’s home/farm serves as his place of business for Trophy Adventures …….