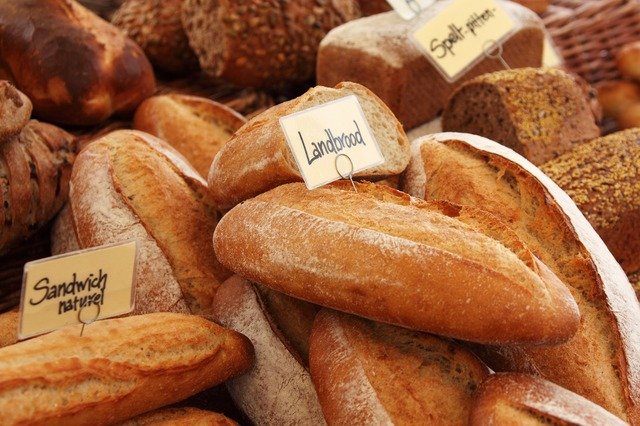 “Journeys” is a new feature that looks at the career paths taken by our community entrepreneurs. Know of someone we should feature? Please send your suggestions to [email protected]

A few years ago, Alan Goodman attended a cookout at a friend’s house. He brought some bread pudding – a specialty of his – for dessert.

Dr. Bruce Hamilton, the party’s host and his friend, pulled him aside during.

“You should be selling this,” Goodman recalled Hamilton telling him. At the time, Goodman worked in the corporate world, but Hamilton’s words and seeing the other guests enjoy his dessert inspired Goodman to do just that.

In October 2018, Goodman launched his business, A Goodman’s Desserts, which features cookies, bread pudding, cakes and other baked goods.

From punishment to reward

“My approach is to break something and rebuild it,” Alan Goodman says. “I want to be able to change something on the fly.” (Photo provided by Alan Goodman)

Goodman’s first foray into the world of baking started when his parents caught him playing basketball instead of studying at the library. As his punishment, Goodman cooked and baked alongside his mother.

“After I started doing it, I enjoyed it, and I became the family baker,” he said.

Before launching his own business, Goodman researched what it would take to be an entrepreneur and spoke with other entrepreneurs.

“The entrepreneur community in Milwaukee, particularly the young African American community, were an inspiration,” he said.

He reflected on how his corporate skills could help him as an entrepreneur, what he could produce on a mass scale and what the market needs were. In doing so, Goodman landed on cookies – since they are easier to package and store – and bread pudding, which is also easy to store and an uncommon dessert in the Midwest.

Goodman sold some stock he had for his seed money. He then connected with Caitlin Cullen, the former owner of Tandem, about using the restaurant’s commercial kitchen.

He walked into the restaurant as a customer, Cullen said, and one day he brought his bread pudding and asked if he could make his baked goods here. The answer was yes.

Goodman is a personable and cool guy, Cullen said, he brings his humanity into his business with his honesty and vulnerability.

“He’s always been someone I’ve been rooting for,” she said. “Seeing him continuously succeed is really awesome.”

Goodman was as much a resource to his peers in the SPARC program as he was a student, Moore said, adding that Goodman’s interest and desire to continue learning are important for anyone but especially entrepreneurs.</…….