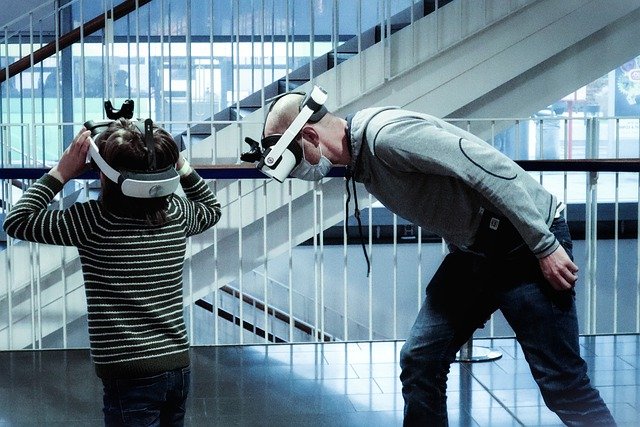 LOS ANGELES — Soon, you may only need to visit your local movie theater to see what it feels like to be on top of Machu Picchu.

Just hop on Positron’s virtual reality motion pod and don a VR headset, and it’ll feel like you’ve been transported above the Amazon rainforest.

What You Need To Know

This kind of experience is not like watching a movie on a 50 by 50-foot wide screen, said Jeffrey Travis, the CEO of Positron, a Los Angeles-based virtual reality technology and entertainment company.

“When you go to a regular movie theater, you sit down in a chair and watch a story on a 2D screen,” said Travis to Spectrum News. “With VR [headsets] in our chairs, you’re actually inside the film. It’s as if you were right there through that screen, and the film’s story is happening around you. You’ll feel the cars whizzing by you, the wind blowing … It’s a far more immersive and realistic way of experiencing a film rather than sitting down and watching it.”

With the advancement of technology, Positron, based at the Row DTLA, is among several companies pioneering the future of film, location-based cinema, and live entertainment experience through virtual reality.

Virtual reality is not new. The multi-billion dollar VR industry has been around for a long time, but it wasn’t until the 2010s, when VR headsets became a thing, that it began to gain popularity. Most people associate VR with video gaming, but there’s a growing demand for film content — or VR cinema.

But rather than just watching a movie through a VR headset, Positron’s Voyager chairs take the experience one step further.

Guests sit down in what looks like a half-open egg-shaped lounge chair. Once inside, guests put on the VR headsets, and as they watch the virtual reality movie, the pod moves — it turns, whirls, releases odors and provides other haptic feedback.

“We like to say we’re the front row seat to the metaverse,” said Travis, adding that guests won’t feel nauseous when the pod slowly moves as they watch the movie. “This is part of the future of cinema and entertainment.”

Travis combined his technical experience as a biomedical engineer, who began his career designing motion platforms for simulators, with his filmmaking abilities to make the Voyager pod and enhance a viewer’s VR viewing experience.

“It was that love of storytelling …….