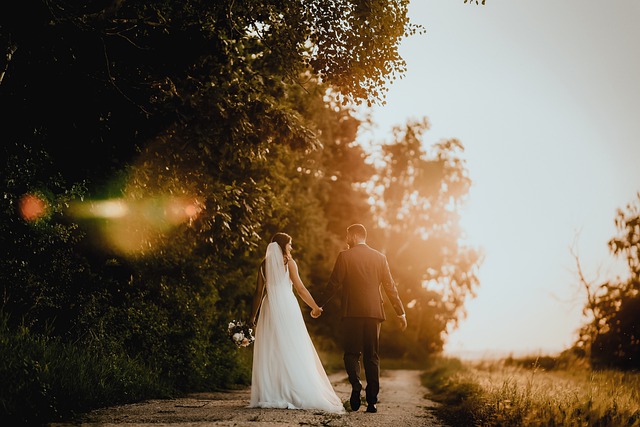 My sister was getting married, my father was in hospital – and I realised my relationship was over – The Guardian

My sister got married at Christmas so she wouldn’t have to bank on good weather. This is a very my-sister rationale: like her father before her, she is a worrier. She tries to contain her anxiety by planning for the worst.

The night before the wedding, my father fell on the stairs. My mother was unable to move him by herself and had to call her cousins for help. That night, she accepted what the rest of us had known for some time: she could no longer care for him at home. She had tried, but it was becoming dangerous for both of them.

After the fall, he remained bed-bound and never walked again. My sister went to see him on her way to the church. I waited in the car, fighting the irrational belief he had somehow done this on purpose. Of course, no one develops vascular dementia deliberately. Even so, he had managed to rearrange the dynamic of the day so that the bride was travelling to pay her respects to him, rather than the other way round.

My father’s moods once had an almost mythic power. A lifelong hypochondriac, he never talked about his feelings but expressed them through a range of psychosomatic symptoms. He especially hated our mother going out without him, and would get crippling stomach cramps in the hours before her departure.

Curiously, when he did become ill, he didn’t notice. Perhaps this was because the disease was laying waste to his cognitive function. By the time my sister married, he couldn’t walk, or eat without help, or talk in proper sentences. His decline looked particularly precipitous to me because I was living in London, so didn’t see him all that often. Every time I visited, it seemed he’d lost another skill. It was like having a new baby in the family, only backwards.

And so it was that my mother had to walk my sister down the aisle. We huddled together in the porch, our breath coming out in pale plumes. The day was clear and very cold. The grass outside was tipped with frost. My sister was nervous, but the right kind of nervous – big-match butterflies rather than churning dread.

Covertly, I scanned the congregation for my boyfriend. I had asked my sister to make him an usher, to compensate for the fact that my ex had been invited to the wedding. It hadn’t worked; he was still angry. He rarely lost his temper in public, but I knew the signs a tantrum was in the post: compression around his temples, a muscle going in his jaw. There was no statutory limit on how long he might nurse this particular grievance. But sooner or later, the bill would come in.

The couple exchanged their vows. They promised to love each other, in sickness and in health. My sister came back down the aisle, on the arm of her new husband. They both …….