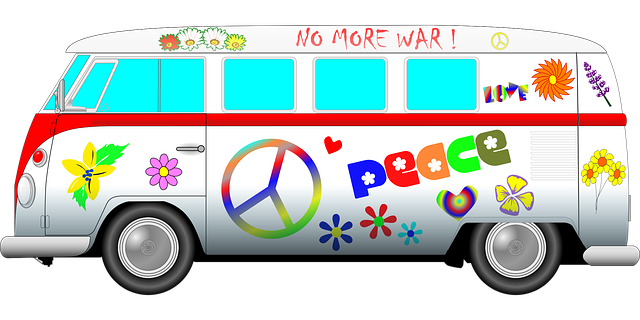 The skin of her knuckles stretched tight over the steering wheel, mimicking the taut flow of traffic through Los Angeles. She was too afraid to turn on the radio with the knowledge that her first and only test drive of her temporary home had occurred just 24 hours ago.

The rattle of camping gear and supplies in the back of the van was the only background noise for an hour and a half as she meandered out of the city and into the Sierras of central California. Once she was sure the van wasn’t going to topple over with the weight of a home on wheels curving through mountain roads, 42-year-old Jama Walter began to feel at home in her transient sanctuary.

She had borrowed her brother’s Sprinter van for a week to take a road trip through the wilderness of California — stopping first at June Lake for a hike through snow-capped mountain peaks and electric blue alpine lakes. After enjoying a cold beer at the brewery stationed near the lake, Walter embraced a new sense of freedom by jumping fearlessly into the water — and toward the possibility of a new kind of life.

Walter is one of many people who has made the transition from living in a traditional home to a home on wheels since the start of the pandemic. The pandemic’s restructuring of the corporate work week — sending millions of Americans home from their cubicles or rendering them unemployed entirely — heightened the appeal of remote work. This, combined with covid-19 travel restrictions, made van life an appealing, socially distanced alternative to working from a home office.

In 2019, the Census Bureau estimated the number of people living in unconventional housing units such as vans, recreational vehicles, or boats was around 140,000 — an increase of more than 100,000 units from 2016. Though there is not yet data on housing units for the 2020 census year, van conversion companies have seen a boom in demand for their services since the pandemic began.

Walter says the van conversion company she used had a waitlist that lasted for months before she finally found out that her van was in production.

This spike in demand correlates with changing American attitudes regarding van life. A survey published by move.org examined how perceptions of van life have changed since covid-19’s impact on socialization. According to the survey, 52% of hundreds of Americans surveyed last year were more likely to consider van life due to covid-19, with their primary motivations being to travel and be outside more.

“Basically, since I’ve retired, any time I go, I’ve been camping,” Walter says. “First, out of my Prius in tents, and then out of my Subaru, in tents. And the whole year, when the pandemic hit, I was camping all year. But this last summer, I took my brother’s van for a week and loved it.”

Though the appeal of van life is alluring to people across the spectrum, the nomadic lifestyle has been glamorized via social media. Instagram boasts a whopping 11.3 million posts on the app under the hashtag “#vanlife,” which has contributed to the lifestyle seeming unapproachable to anyone who does not fit into the social media influencer category.