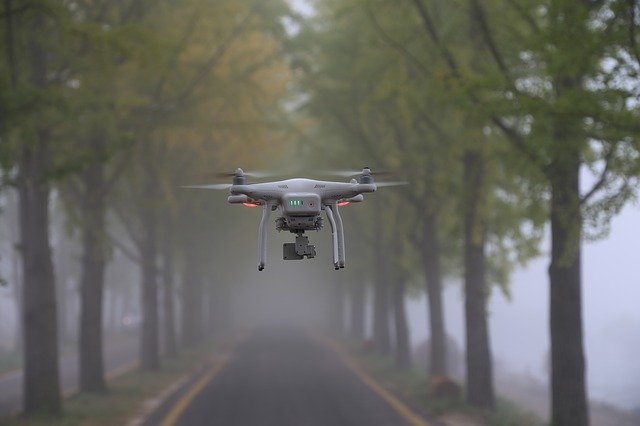 During the exercise, the team used a combination of commercial off-the-shelf and custom-built hardware and software to deliver swarm autonomy. This enabled a single or small group of operators to direct and manage the activities of a large swarm of autonomous air and ground vehicles with minimal training.

“Controlling a drone swarm changes the way an operator or group of operators think about the drones,” said Shane Clark, Raytheon BBN OFFSET principal investigator. “Takeaways from this exercise help inform us of the inflection points between utility and manageability.”

A key element of the program is the use of inexpensive hardware. Without the powerful computing and sensing capabilities available in larger more expensive platforms, Raytheon BBN needed to create a broad library of simple tactic building blocks used to create plans to accomplish mission objectives.

Raytheon BBN also designed and configured a scalable, modular and decentralized approach to manage a variety of current and future platforms and missions. Whenever possible, the drones collaborate actively to decide how to accomplish a specific mission most efficiently.

“Our software is smart enough to assign drones with the right capabilities to the appropriate set of tasks,” Clark said. “For example, if the task is to surveil a building, multiple drones will be dispatched, with each surveilling portions of the building. The software considers each platform’s sensor capabilities, and tasks drones with downward-facing cameras to surveil the roof.”

Once the drones are deployed, their collaboration allows them to understand what parts of a building have been explored and where the gaps are. They then autonomously select how to fill in those gaps.

To tackle the complexities of human swarm interfaces, the Raytheon BBN team created a virtual reality interface in addition to traditional camera views. It takes feeds from all the swarm assets to create an interactive virtual view of the environment.

“You can look behind the building to access a view of drone locations, for example, and use the virtual reality environment to test and see if your mission is viable,” Clark said. “We also developed a speech interface with the operationally deployed Tactical Assault Kit, or TAK, integration capability that enables the operator to act quickly while maintaining situational awareness over many systems simultaneously.”

The Raytheon BBN-led team includes Smart Information Flow Technologies, or SIFT, and Oregon State University. The team is contracted by DARPA to demonstrate its swarm capabilities during Army Expeditionary Warrior Experiment 2022 taking place in February to March, and hosted by the Army Maneuver Battle Lab.