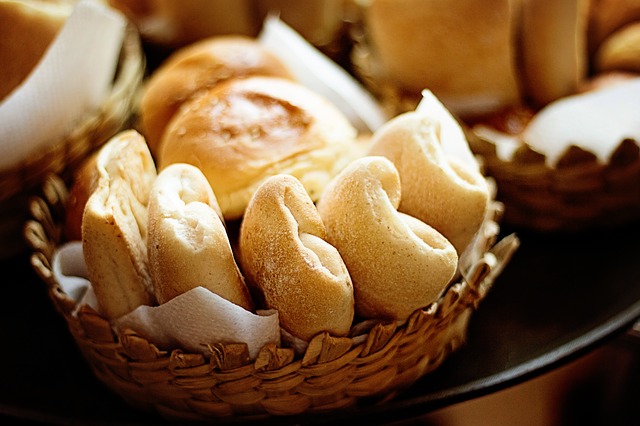 What the English-speaking world calls the cardamom bun is a core component of fika, the civilized Swedish practice of a coffee-and-snack break.

What a treat! Cardamom buns are tender but chewy, slightly sweet and ringing with a bracing burst of cardamom. Just looking at these sculpted beauties, their tops glistening with sugar, instantly invokes temptation.

Starting in the late 1980s, Raich’s take on the classic kardemummabullar became a trademark item at each incarnation of her popular baking-centric businesses.

Although her Jenny Lind Cafe in Stockholm, Wis., and Smokey Row Cafe in Red Wing are in Raich’s past, she continues — thankfully — to produce cardamom rolls, baking batches of them several days a week in the cozy Jenny Lind wholesale bakery that she built inside a converted chicken coop on the farm near Maiden Rock, Wis., that she shares with her wife.

My husband, Robert, first encountered Raich’s cardamom rolls in the 1990s and has craved them ever since. (Call them “rolls” or “buns,” the meaning is the same; Raich invokes the former.) He introduced me to their splendors more than 20 years ago, and I’ve been similarly hooked.

Several months ago, I stumbled upon a copy of “Favorite Recipes of the Jenny Lind Bakery & Cafe,” Raich’s 2014 cookbook, and was delighted to discover that it included a recipe for her signature rolls.

My first attempts — tough, bland, ungainly, sometimes all three — were pallid imitations of Raich’s handiwork. What was I doing wrong? My late grandmother Hedvig, the daughter of Swedish farmers, could perform magic with flour and yeast, so you’d think that baking DNA might intervene. Nope.

I called Raich and invited myself to her workplace for a tutorial. Observing this baker in her native habitat was a study in economy of movement. Years of routine means that Raich can seamlessly and simultaneously turn out scones, cookies and three variations of fist-sized sweet rolls: almond, cinnamon and cardamom, all while coaching an amateur on the ins and outs of handling an egg-rich yeasted dough.

After that invaluable lesson, my next few batches, while not identical to Raich’s expert output, were reasonable facsimiles. My kneading abilities are hardly intuitive, and I don’t have her practiced panache when it comes to twisting the dough into beautifully layered buns. But I’m determined to get there.

Thanks to Raich’s skill and generosity, my 2022 New Year’s resolution is to bake more cardamom buns. You should, too. The recipe may appear daunting, but once you get the hang of it, it’s easy — honest — and the effort is so worth it.

Tips from the expert

Troubleshooting: “When it comes to making cardamom rolls, people usually encounter three problems,” said Raich. “They didn’t knead long enough, so there’s not enough protein structure that allows the dough to rise. Or they added too much flour. Or the liquid was too hot and it killed the yeast.”