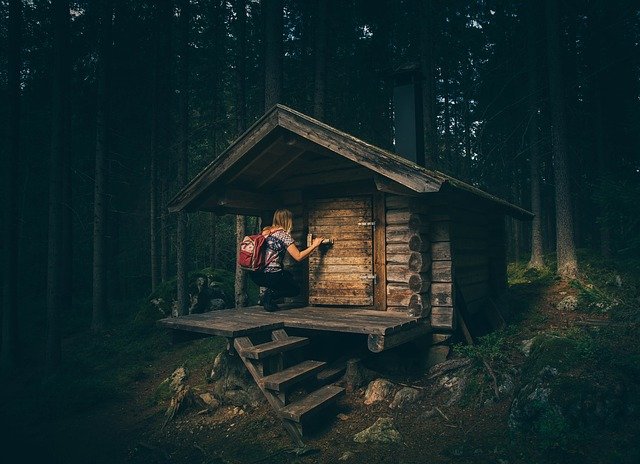 By Iseabel Nance, The Seattle Medium

A village of brightly colored tiny homes in the heart of the U District is part of Seattle’s new shelter program, which will provide 350 shelter beds throughout Seattle through hotel programs, tiny house villages, and a new women’s shelter.

Located at 1000 NE 45th Street and named after nearby Roosevelt Avenue, Rosie’s Tiny House Village opened in October on land the City of Seattle is leasing from Sound Transit for free in a renewable agreement up to May 2024, according to the overseeing agency’s website.

The city partnered with the Low Income Housing Institute (LIHI) to offer short-term housing and resources to individuals, couples, and people with pets who are currently living unsheltered outside. These homeless populations are typically split up or not accepted in traditional shelter systems, but the tiny house villages are specifically for these groups.

According to LIHI, each tiny home is 8 feet by 12 feet, insulated and has a heater, a fan, electricity, a locking door, and furniture, including a bed and wardrobe. Each comes with a broom and a welcome kit with brand new towels and bedding.

The village provides communal bathrooms and kitchens, daily hot meals and social services, such as  case management, housing search support, and employment and health resources. Residents must abide by a code of conduct, which includes working with the case manager to progress towards permanent housing.

According to Andrew Constantino, assistant program manager for tiny houses, the program has gone through many iterations, beginning with tent platforms and portable toilets, no running water, and no case management. But tents offer residents little privacy so LIHI began developing a plan for tiny houses, which are usually built by volunteer programs. In each village, of which there are currently 13 according to their website, they learn something new and adapt to better fit residents’ needs.

“We can have all the discussions in the world,” Constantino said. “But this is triage, right? We’re stabilizing people, making sure they’re safe, that they’re not in danger.”

Usually properties available for the village program are not as desirable for other kinds of construction; Rosie’s, for example, is built on broken concrete, slopes, and is divided almost in half by an alleyway that has to be accessible for cars.

The state of the lot, according to Constantino, means they had to be creative in designing the village. All community amenities are accessible by ramps, including the bathroom, laundry room, kitchen, community manager and case manager offices. Some tiny houses are also equipped with ramps.

The villages are on leased land, but they are built to mask their temporary state. The bathroom trailer is accessible from a small deck that hides the wheels, and the kitchen is a big shipping container with windows.

The kitchen in Rosie’s Tiny House Village is a large shipping container with string …….