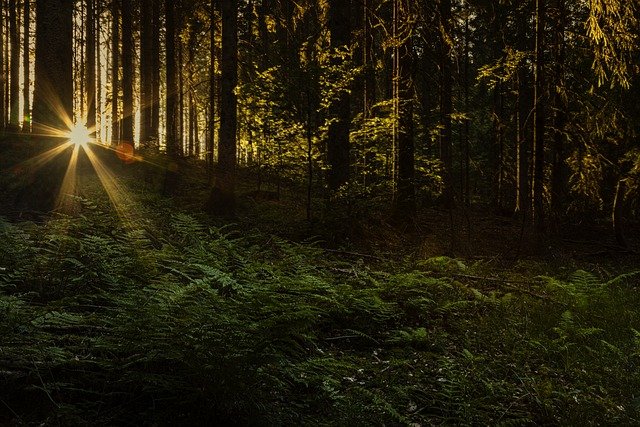 This column is part of a regular feature from Salem Reporter to highlight local history in collaboration with area historians and historical organizations. Kimberli Fitzgerald, Salem’s historic preservation officer, dives into the story behind Salem’s outdoor Christmas tree, first decorated in 1913.

The tall tree on the lawn at the Marion County Courthouse is strung with Christmas lights by the Cherrians in 1913. (Salem Public Library/Ben Maxwell collection)

Salem’s first outdoor Christmas tree was set up on the lawn of the Marion County Courthouse in December 1913 and was reported to be the first outdoor tree in Oregon (and perhaps the nation) to be decorated with Christmas lights.

The tree was originally planted by Judge J. J. Shaw in 1882 on the Marion County Courthouse lawn and was a Norway Spruce. Salem’s Cherrians installed scaffolding which they used to install the lighting around the tree.

According to the Dec.22, 1913 Capital Journal, the Cherrians distributed 1500 tickets for the tree lighting event which was held on Christmas Eve in Salem. The Statesman Journal reported on December 28, 1913 that the event was a huge success. The Cherrians began the event with a parade led by their band. Music was provided by a double quartet and Cherrian singers who were accompanied by the Cherrian band and piano. Their song “Hallelujah, Amen” was reported to be the best outdoor chorus ever heard in the Capital City, and the program ended with a beautiful rendition of “Oh Holy Night.”

Some members of the Cherrians were less-than-impressed with the general public’s awareness of their tree efforts, as this clip from the 1913 Christmas Eve Oregon Statesman shows.

Salem’s Ladies Auxiliary also collected donations of clothing and other items to be distributed to the poor which included over 50 baskets of food with enough provisions for a family of four or five. The children of these families were treated to boxes of candy as well as a picture show the “Ye Liberty Theater,” where the children enjoyed Ye Liberty’s annual free matinee for children.

Kaylyn F. Mabey wrote about Salem’s first outdoor Christmas tree in the Statesman Journal in 2016’s article “Salem Claims nation’s first lit, uncut tree”. Mabey wrote that the tree was about 40 feet tall in 1913, and had attracted the attention of brothers Richard and Frank Barton, electrical engineers from New York City. They owned the Salem Electric Company which was on the ground floor of the Masonic building on High Street.

I was excited to stumble upon mention of the Bartons again, as I had written about them in a previous history column (the history mystery at 901 Capitol). While New York had the first ever cut illuminated tree the year before in Madison Square Garden, nobody had ever illuminated an uncut tree for Christmas, so it would in fact be the first one in the United States.

This tree served as Salem’s Christmas tree for 38 more years after that initial lighting, and by 1951 it was 72 feet tall. Soon the Marion County Courthouse would be torn down and replaced with a new more modern courthouse, and sadly on Aug. 18, 1952 the 70 year old tree was pull over by a bulldozer and was burned along with …….