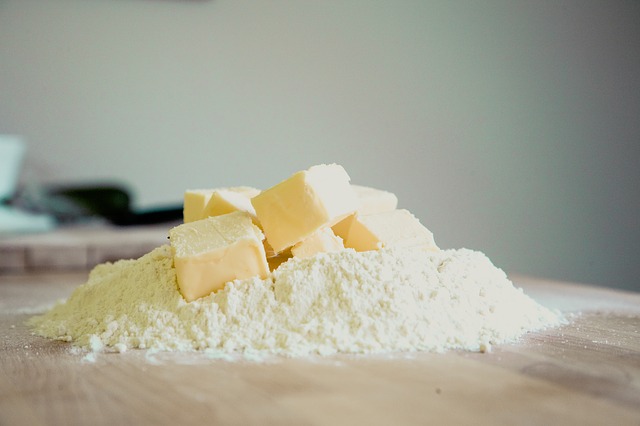 The idea came up during a Zoom staff meeting in mid-December 2020 at St. Stephen’s Episcopal Church as the participants wondered “how to bring people together when we’re not going to be in-person this Christmas?” explained Andrea McKellar, who at that time was the digital ministry coordinator at her parish in downtown Charleston, South Carolina.

“We are a really big congregation with a small space so there wasn’t a way to gather safely without excluding people,” she said, adding that members did not go back to in-person services until May 2021.

The bake-off was such a hit with the congregation that, while there are no current plans for a “second season,” parishioners still talk about how wonderful it was to see their leaders in a different context. McKellar said St. Stephen’s 2020 effort could be replicated by other congregations for this coming Epiphany, or for Shrove Tuesday, which next falls on March 1, 2022.

The organizers asked three bakers to make the sweet pastry known as king cake that is traditionally served on Epiphany but is perhaps more commonly associated with Mardi Gras. The bakers used the Betty Crocker quick king cake recipe.

McKellar, who also serves as the Diocese of South Carolina‘s ministry developer and is a member of the Episcopal Church Executive Council said that the project snowballed after the Rev. Laura Rezac, associate rector, suggested a baking competition. The finished product was a 12-minute video, which McKellar edited and shared on the church’s YouTube channel where the parish is still posting Sunday services.

Choosing the bakers centered on one main criterion. “We had to make sure we had people who didn’t mind making fun of themselves,” she said.

For the competition, the organizers recruited vestry member Cynthia Held; the Rev. Adam Shoemaker, St. Stephen’s rector; and the Rev. Greg Smith, St. Stephen’s deacon, but gave them little information about what they would be making. Serendipitously, none were bakers.

“We didn’t plan on it being people with no baking experience but that ended up making it more fun,” McKellar said.

McKellar and the Rev. Courtney Davis-Shoemaker, assistant rector at St. Stephen’s, suggested a list of ingredients to have on hand. Davis-Shoemaker, who is married to the rector, dropped a bag outside each baker’s home that included a crown, an Episcopal apron, the king cake recipe, a plastic baby …….