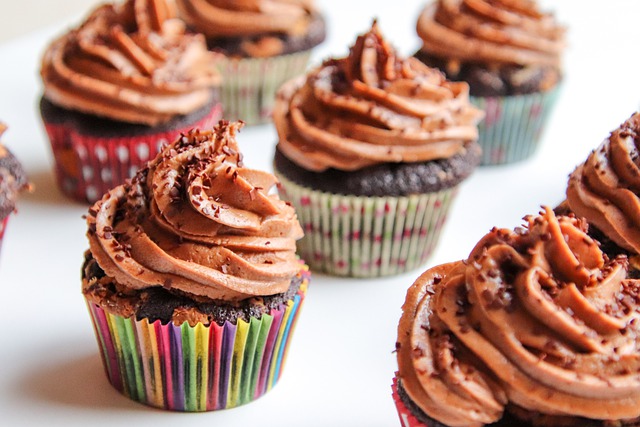 In any reality show, there are dozens, if not hundreds, of hours of video for every hour that appears on screen. In Bake Off, the events of a single episode actually take place across two days. In those two days, there are multiple cameras roaming around the cooking tent at any moment, capturing medium shots of groups, close-ups of individuals, intense tight shots of the food. There are shots of the judges. Shots of the comedic co-hosts. Outside the tent shots. Interviews with the contestants. Backstage commentary from the judges. All of which is then assembled into something that seems like a breezy, coherent 50 minutes of television.

It’s in the editing room that this takes place. That’s where the decision is made to show Steph kneeling in front of her stove. Or Crystelle talking to her family on an iPad. Or Richard tucking that pencil behind his ear. That’s where a single sentence is pulled out from an interview that you can bet was several minutes long. It’s where you see the bakers sniff over missing their families, fret over that fallen sponge, and worry about the dreaded “soggy bottom.”

The same editing room is hard at work on American reality shows. Given enough material, and careful editing, even the stiffest of contestants can be made to seem relatable. Heroes are made there. So are villains.

Consider that chocolate show. In just the first few episodes, I learned that one chef really thought she was at a level above others, that the teammates of one younger chef considered him unqualified to be managing the group, and that the same chef thought he was far too advanced to take instruction from someone else. Just like on Bake Off, those were snippets pulled out of context from much longer interviews. And it was done with a specific purpose: to play up conflict.

The editors on Bake Off simply take a different approach: Everyone’s a hero.

I have no doubt that the contestants on the Great British Baking Show are, by and large, lovely people. Casting is also key to the show, and it’s clear that they look for three things when putting the groups together: diversity, likability, and baking skills. That last one … is definitely last. Yes, it’s important to understand which end of a spatula goes in the bowl, but you’re not going to land a show with people like wholesome cheese-shop girl Martha, charming school-tie Henry, and English housewife perfection Cathryn if your first criteria involves their patisserie skills.

Even so, there’s a great deliberateness to the way the show is edited that makes it the world beater that has survived the loss of Mary Berry, and the even bigger loss of Mel and Sue. In a sentence, the goal of editing on The Great British Bake Off is to show everyone—everyone—in the best light possible. Everyone is kind. Everyone …….