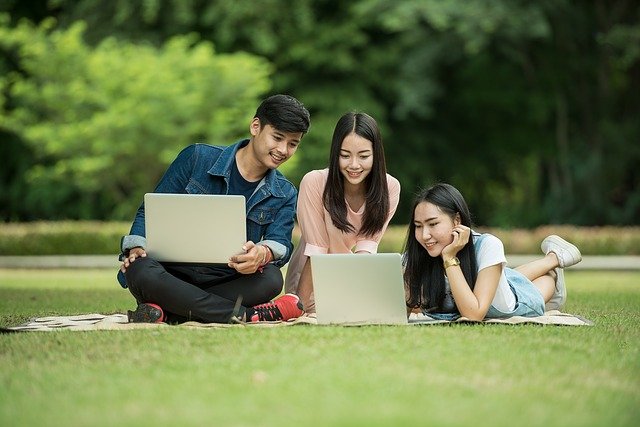 Personal-computer shipments hit their highest annual levels in nearly a decade as the COVID-19 pandemic forced workers and students to stay home in 2021, according to reports from research firms.

While global PC shipments rose just 1% to 92.7 million units in the holiday quarter, the year ended with a total of 348.8 million units shipped, according to a report Wednesday from International Data Group. That’s the highest annual total since 2012, said IDC, for a gain of 14.8% from 2020, when PCs began flying off shelves as COVID-19 pushed more work, education and commerce online.

Before the pandemic, PC sales had been in a years-long decline as consumers focused on replacing their smartphones more regularly than their laptops.

For more: The pandemic has brought the personal computer back to life, with help from Zoom

“Consumer need for PCs in emerging markets and global commercial demand remained strong during the quarter with supply being a gating factor,” Jitesh Ubrani, research manager for IDC’s Mobile Device Trackers, said in a statement. “While consumer and educational demand has tapered in some developed markets, we continue to believe the overall PC market has reset at a much higher level than before the pandemic.”

“The fourth quarter’s decline only slightly tempered the PC market’s growth in 2021, which saw the highest shipment volume since 2013,” Mikako Kitagawa, research director at Gartner, said in a prepared statement. “During the pandemic, shipment growth has been supported by an average selling price (ASP) hike, resulting in higher revenues and a healthier market overall. As a result, annual PC shipment volumes are not expected to decline to pre-pandemic levels for at least 2-3 years.”

Back in October, Gartner announced a major change in how it reported its shipment figures by including Chromebooks in their tally, as the popular low-cost laptops boomed in popularity with remote schooling. Previously, Gartner did not factor Chromebooks — PCs that run on Alphabet Inc.’s
GOOG,
+1.16%

GOOGL,
+1.21%
Google Chrome operating system — into their figures, which created a wide gulf between the two research firms’ figures.

“A sharp decline in the U.S. PC market, caused by ongoing supply chain issues and the collapse in demand for Chromebooks, drove this quarter’s slowdown,” said Kitagawa. “This likely signifies the end of the massive and unexpected growth in PC demand triggered by the pandemic.”

PC makers struggled to find the necessary components to make their products at times in 2021, which hampered their ability to manufacture and ship product. Specifically, semiconductors were in short supply globally, and Intel Corp.
INTC,
-0.30%
struggled to produce enough chips for PCs at times in recent years while also suffering in next-generation manufacturing.

In-depth: The semiconductor shortage is here to stay, but it will affect chip companies differently