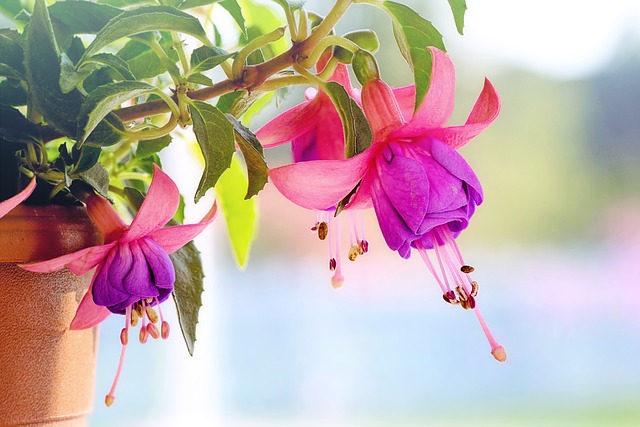 The person who got me through 2021: Monty Don inspired my new, obsessive love of gardening – The Guardian

Years ago I collected my new prescription glasses and walked home staring up like a person who had time-travelled from a pre-aeroplane era: I had no idea trees had individual leaves that could be seen from the ground. Before 2020, I had never noticed gardens, either: they were things that old people liked and neighbourhood dads mowed constantly. The garden attached to my flat became interesting only if a fox was standing in it. Then lockdown happened, and the people who usually kept the vines and trees from eating the building stopped coming. I tried to sort it out myself, pathetically Googling to figure out what was supposed to be there and what was an alien plant invasion. Somehow, I ended up watching Gardeners’ World.

I can’t remember the first episode I saw, nor the first time I heard Monty Don talk about elephant garlic. I’d never heard of a “sweet pea” outside of Popeye cartoons, but I remember Monty telling us that their fragrance was intoxicating. I learned that flowers that looked like living spirographs were called dahlias and that tulips and daffodils, the welcome sights of spring and harbingers of warmth, only come alive if they’ve been left out in the cold all winter.

Over the year, my interest, well, grew. My boyfriend gave me Monty Don’s back catalogue of books for my birthday, including one from the 90s where he’s still going by Montagu. Very soon I became entirely unavailable on Friday nights, mentally or physically; if Monty was in the pond with his waders on, even the cat was ignored. Whatever horrors were happening in the news, the birds were chirping at Longmeadow and Monty was there among them, a calming presence when everything else was on fire.

“The BBC made a decision to carry on filming Gardeners’ World, and I always see it rather like wartime,” says Monty, when I call to tell him about the creepy shrine I have erected in his honour (I’m joking. I would never tell him). “They had to entertain the troops. So I was the Vera Lynn of Covid.” There’s a pause and he laughs. “I’m going to regret saying that.”

At Longmeadow, where Gardeners’ World is filmed, the BBC installed five miles of cabling and blocked the drive with four metal containers that served as isolation pods for the cameraman, the sound recordist, the director and the electrician. It stayed like that until July 2021. Monty was alone in his garden – Vera Lynn with a walkie-talkie, remote-controlled cameras and an invisible audience. “I really didn’t enjoy filming during lockdown; there was no fun. When you’re filming with a crew it becomes a collaborative, creative process. But I felt, in a quite old-fashioned way, that I was doing my bit.” I ask what got him through the year if he couldn’t watch Gardeners’ World like the rest of us. “I lapped up Succession. I’ve seen the first two seasons twice.”

When the first lockdown began, I …….