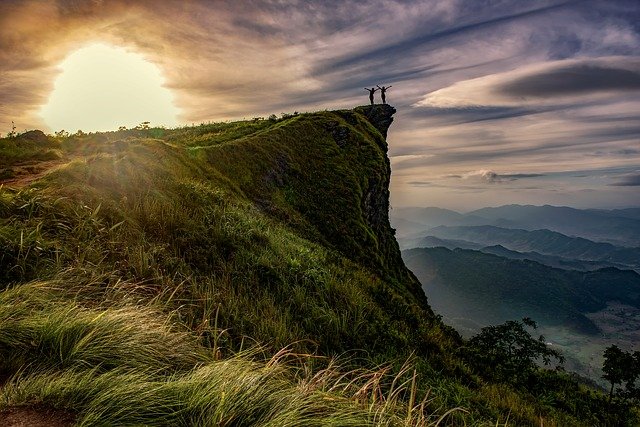 When a young family died mysteriously on a trail in California’s Sierra Nevada mountains in August, authorities scoured the area for clues. Maybe there was a gas leak from a nearby mine. Maybe the family drank water that contained toxic algae. In the end, as a new report showed, the answers were more prosaic, if just as tragic: the triple-digit temperatures and tough terrain created a fatal situation.

Nearly 80 pages of investigative reports obtained by the San Francisco Chronicle lay out the tragic missteps that led to the death of the young family and hold important lessons about the dangers of hiking in a grueling climate.

The family, Ellen Chung, 31, Jonathan Gerrish, 45, along with their one-year-old daughter, Miju, and dog, Oski, set out to hike at the Hites Cove Loop trailhead in a remote area of the Sierra Nevada national forest on 15 August. Their truck was found near the trailhead two days later and crews soon found the bodies of Gerrish and Miju – with Chung’s body a little higher on a hillside.

The local sheriff’s office announced in October that the family died of overheating and probably dehydration. “This is an unfortunate and tragic event due to the weather,” Mariposa county sheriff, Jeremy Briese, said at the time.

The records show that Gerrish had used the AllTrails app to map out the hike and that he had hiked a portion of the same loop in May 2017. But the temperatures at the time had been much lower and the 2018 Ferguson fire hadn’t yet burned out tree canopy in the area.

Grueling mid-day temperatures and a lack of shade had moved locals in recent years to avoid the hike during the summer. But the family was new to the area: they had moved to Mariposa, in the Sierra foothills, during the pandemic and bought numerous properties. Chung was a yoga instructor and graduate student and Gerrish was a Snapchat engineer.

According to the report, a US Forest Service volunteer who had hiked the nearly eight-mile loop more than a dozen times told a deputy the family appeared “completely unaware of the dangers”. They carried only a sippy cup and a backpack with a 2.5-liter reservoir for water, the records show.

For Wesley Trimble, a communications and creative director with the American Hiking Society, the tragic incident serves as a reminder to be prepared when going hiking, by planning before leaving the house.

Temperatures soared to over 100 degrees on the day the family was hiking in the Devil’s Gulch in Sierra national forest. Photograph: REX/Shutterstock

He advises telling people where you are going and when to expect you back. “People often don’t think about it, but it’s a critical step: telling a neighbor or a family member that you are going to a specific location and that you’…….