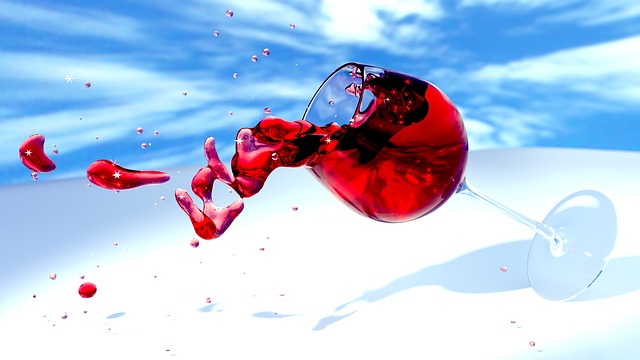 This Riesling Wine Is Not From Where You Expect – Forbes

Riesling wine is typically associated with Germany (from where the grape originates), or Austria or the hilly and chilly regions of Alsace in eastern France. This aromatic and high acidity white grape variety generally fares well in cool climates

It was surprising, then, to taste a Riesling from the Saint-Émilion region of Bordeaux recently, and find it firm, fruity, supple and delicious. The producer, Château Petit Val, traditionally produces Grand Cru wines from Merlot, Cabernet Franc and Petit Verdot grapes. When I asked owners Jean-Louis and Olivia Alloin how they derived such acidity and minerality from soils known internationally instead for luscious and fruity red wines, Jean-Louis laughed and spoke one word with confidence: ‘Talent.’


No doubt their team’s viticultural skills and prowess levels are praiseworthy, but it is still surprising to find a solid caliber Riesling among hills more commonly festooned with Merlot and Cabernet Franc grapes in southwest France.

Jean-Louis was born in the Beaujolais region of France, while his wife Olivia hails from the Alsace further east—where the majority of grapes grown produce dry Rieslings. Her origin influenced their decision to try to make this wine.

The couple arranged for a viticultural consultant to visit from Alsace and assess their soils and slopes. After a day of traipsing and examining dirt, he nodded assent by declaring certain parcels of their vineyard as having ‘Alsatian’ terroir. Today, Château Petit Val grows Riesling grapes in three plots covering an area of 30 ‘ares’ of soil. An are is 1/100 of a hectare, so the total area on which they grow Riesling is three quarters of an acre. The vines, now four years old, produce about 1,700 bottles per year.


This Riesling, named Orfevre du Val, was officially released earlier this month. The difference between the 2019 and 2020 vintages is distinct. The 2019 includes aromas of papaya, kiwi fruit and gunflint, and in the mouth tropicals dominate—melon and grapefruit—in a rounded and supple juice. The 2020 is similarly a well integrated package, perhaps even a notch in quality above the previous year—with aromas of mandarin and lime, and good integration of acidity, texture and flavor in a delicious juice with a beautiful mouth feel. Both owners and the Director of Operations David Liorit thought carefully when asked, then wisely, suggested pairing their Riesling with goat cheese.

The grapes are hand picked, kept refrigerated in the cellar, then cold soaked with skin contact maceration. The wine is aged both in egg shaped French oak containers, and also in 220 liter [58 gallon] wineglobes (made of borosilicate glass, or Pyrex—for durability).


The château also released a 100% Malbec wine—named Valentina—on the same day as their Riesling release. Because Malbec is a grape used in blending red Bordeaux wines, that release was less of an anomaly for the region, though still somewhat unusual because the grape is seldom used as a monovarietal …….