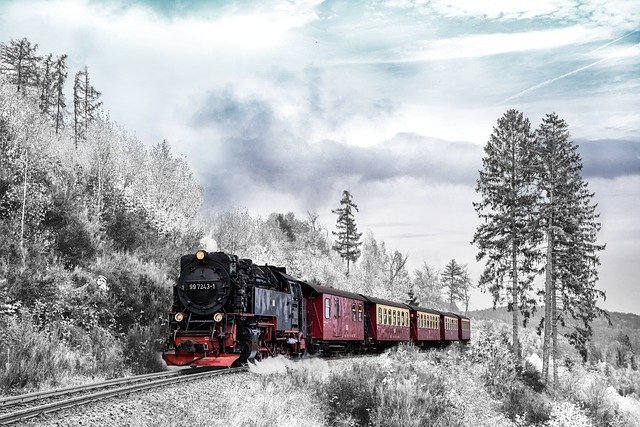 Staff photo / J.T. Whitehouse
Rich Ulrich of Austintown runs the main line of his Milwaukee Railroad layout. The massive collection of Ulrich’s O scale trains had humble beginnings after a trip to the mall.

AUSTINTOWN — At this time of year, a popular question is: “What do you get the person who has everything?”

When it comes to Rich Ulrich and his Milwaukee model train collection, that question is very true.

Ulrich has amassed a large and complete collection of O scale Milwaukee Railroad engines, rolling stock and accessories. More than 50 years ago that collection began with just one “Milwaukee Road” engine.

Ulrich was born in Youngstown and grew up on the West Side. He graduated from Chaney High School in 1958 and went on to attend Youngstown University (before it became a state university) where he majored in education. He graduated Youngstown in 1962 and went to Kent State University for his master’s degree, then moved to Long Island, N.Y. to teach. In 1969 he returned to the area and was employed as a teacher. He earned his doctorate from Case Western Reserve and he continued teaching, retiring 12 years ago.

As for his love of trains, Ulrich said his father, Arthur Ulrich, worked on bomber aircraft during World War II, and his family went out west for a time. His mother, Patricia, would get homesick and she would take the train to return to the Mahoning Valley.

“I recall one trip home when we were at the Union Station in Chicago,” Ulrich said. “We found out the train we wanted wasn’t leaving from the Union Station. We had to scramble to the North Western Station (almost four blocks away). We got to the station and my mother asked the conductor if he would let us board, and he