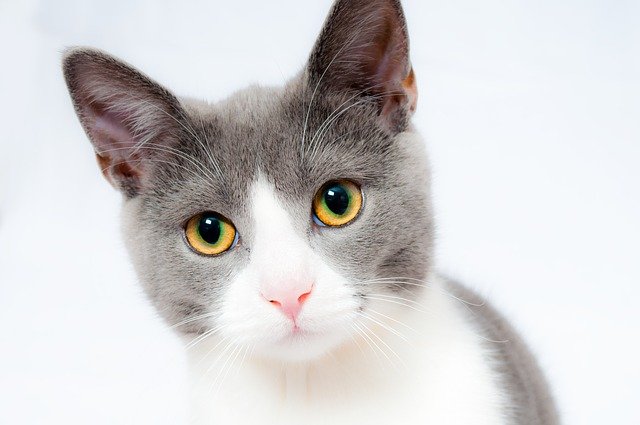 RUMFORD — A home for veterans and their pets opened in August this year with Marine Corps veteran Matthew Chapdelaine, also known as “Marine,” as its house manager.

In September 2019, Gina Guzzetta bought and prepared the Vets with Pets house for sober veterans and their pets, with space for six other male veterans besides Chapdelaine.

Guzzetta’s interest in helping veterans came from having family members who are veterans, she said.

“My stepfather did 28 years in the Marine Corps,” she said, “and my father did four years in the Navy, so I tell everyone that I’m a Marine brat. So that’s where my love of veterans comes from.”

Gina Guzzetta stands last Thursday on the porch at her Vets with Pets home in Rumford. The home provides a safe place for sober male veterans to live with their pets. There are now six openings for veterans at the house. Marianne Hutchinson/Rumford Falls Times

She also has 30 years of experience in the medical field as a certified nurse’s aide and medical technician, among other positions.

Guzzetta opened the building on credit, she said, and she and Chapdelaine, whom she describes as her “best friend,” have spent at least 80 hours a week for about three months getting the house ready for the men.

“It was insane how many hours we spent here,” Guzzetta said. “There was huge busted pipes, so all this is brand new. We did all of the painting and we fixed the floors.”

Guzzetta is now researching and preparing for Vets with Pets to become a 501(c)(3) nonprofit organization so she will be able to apply for funding and grants for the home. With that funding, she would do further repairs in upstairs rooms at the house and, in the future, she hopes to own a home for female veterans and their children.

If that happens, the female home for veterans would be the second in Maine, according to Guzzetta, while the men’s Vets with Pets house is the first of its kind in the state.

Marine Corps veteran Matthew Chapdelaine, also known as “Marine,” pets his cat, Rafael, at the Vets with Pets house in Rumford. Chapdelaine is the house manager and has lived at the house for sober veterans since it opened in August. There are now six openings for veterans at the house. Marianne Hutchinson/Rumford Falls Times

Guzzetta and Chapdelaine met in 2016, when both were living in Madison. He had moved there so his sister could keep an eye on him because of his mental health disability, while Guzzetta was there to keep her nieces and nephew out of the foster care system.

As Chapdelaine started a comic book shop, he discovered he needed help and he hired Guzzetta as a secretary for his business. He then realized he not only needed a secretary. He needed someone who could help him with every aspect of day-to-day living.

“What I need is a life coach, a life rejuvenator. Someone who can help me in every …….